[Theme of this lssue] 8500 Working Hours: the Ghost of Art in the Glass Building 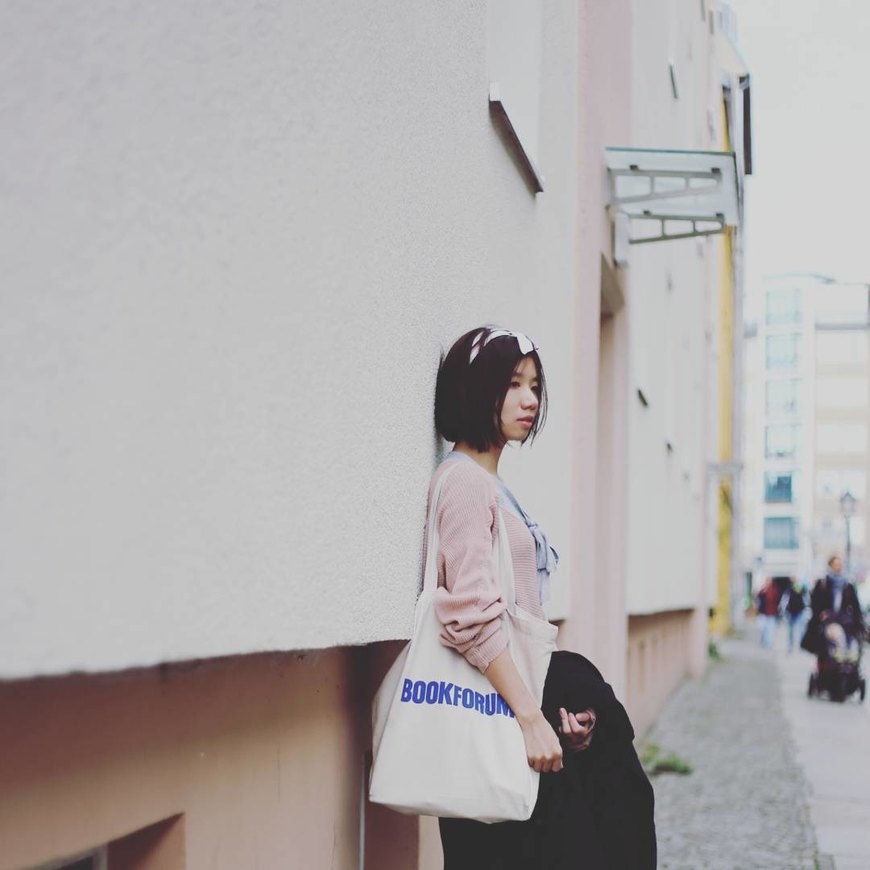 Iris Long is a writer and independent curator. She currently works as a researcher on art, science and technology at Central Academy of Fine Arts, with a research focus on how art responses to the current global reality of ubiquitous computing and big data. She lectures on data art at CAFA.

She was shortlisted by the first M21-IAAC Award (International Awards for Art Criticism). Her translation work, Rethinking Curating: Art after New Media, received nomination from AAC Art China awards in 2016. In 2018, she was the recipient of Hyundai Blue Prize for curators. In 2019 she curated “Lying Sophia and Mocking Alexa”(Hyundai Motorstudios Beijing),The Third Session of “Future of Today”: Deja Vu (Today Art Museum, Beijing) and “Mind the Deep: Artificial Intelligence and Art”(McaM, Shanghai). She co-curated the opening show of UN Art Center, “The Kind Stranger” and “Latent Landscapes”. She is also the art jury of ISEA 2019, and art jury of SIGGRAPH ASIA 2020.

Iris has a master degree of Critical Writing in Art and Design from the Royal College of Art, UK and a bachelor degree of Journalism and Communication from Tsinghua University, China.

In the vast countryside of New Jersey, stands a giant abandoned building with a glass-encased facade. It was described as one filled with “vines” and “puddles of water” on the local newspaper The Star-Ledger. This architecture built over 70 years ago was designed by Eero Saarinen, and it had once shined the light of techno-utopianism just like how its mirrored walls reflect the sunshine. The first transistor was invented here, and Arno Penzias and Robert Wilson had once discovered the Cosmic Microwave Background here when analyzing the excessive noise within radio receivers.

In 2008, the building that once housed Bell Labs—one that committed to advanced technological researches on fundamental physics, Internet, high-speed electron, radio, nanotech, and software, etc.—was auctioned. The decline of Bell Labs signals the end of the corporate lab model in this era of short-termism. From 1941 to 1972, Claude Shannon had worked here for 31 years. In a sense, the original blueprint for constructing the information superhighway came from here, yet its real path lies in the Silicon Valley on the West Coast.

In its golden age, this glass-encased building was once a heaven for researchers, with plenty of fundings from its parent company AT&T. The barriers between different disciplines even became a kind of membrane: the employees here had a great deal of researching autonomy, and many of the projects were interest-oriented. Here, Ben Laposky created abstract images with an oscilloscope—which he described as "Electrical Composition”—and he was later credited as the earliest innovator of computer art. Ten years later, 10 artists and 30 engineers co-created a performance titled 9 Evenings on the East Coast of America, and it was regarded as the gathered outburst from the intersection of art and technology in the mid-twentieth century. The show attracted an audience of 10,000, and the engineers from Bell Labs had invested 8,500 working hours into this project. Around the time of 9 Evenings, Bell Labs also supported artists such as James Tenney, Stan Vanderbeek, and Lillian Schwartz to take residencies in the lab, to research on sound composition, computer graphics, animation, or anything that they were interested in. The organization E.A.T. (Experiments in Art and Technology), which was developed from 9 Evenings, also received direct investments from Bell Labs. One of E.A.T’s founders, Billy Klüver (who is also a member of Bell Labs), made the ambitious commitment to make “materials, technology, and engineering available to any contemporary artist.”1

In a sense, we are still situated in the echo of the art and technology wave from the 1960s and 70s. The repeated emergence of interdisciplinary studies, the extreme optimism regarding the collaboration between art and technology spreading to all different mediums (music, dance, theater, video, installation), and the ambition to raise fundings (Andy Warhol, Robert Whitman, and Robert Rauschenberg had all participated in the “Art Cash” project and “The New York Collection for Stockholm Portfolio”) all seemed to be unrepeatable scenes. Ultimately, it was a resonance shared by artists and engineers from the corporate labs regarding the “crisis within technology itself.” According to the curatorial statement of the MOMA exhibition “The Machine as Seen at the End of the Mechanical Age” (1968-69), these people “were at a time when machines that imitate man’s muscles are being supplanted by electronic and chemical devices that imitate the processes of the brain and nervous system.”

As the European and American exhibitions like “Software: Information Technology: Its New Meaning for Art,” “Information,” and “Cybernetic Serendipity: The Computer and the Arts” introduced more works at the intersection of art and technology to the public, while the E.A.T. members achieved huge success at the Expo 70 in the US and Pepsi Pavilion, the concept of art and technology during this decade seemed to imply a prefix “American.” Additionally, the concept “System Esthetics” was proposed. The editor of Artforum especially favored works that were influenced by the system logic. During those most optimistic years, the pioneer of “System Esthetics,” Jack Burnham (he later fell into deep skepticism towards technology though), had proposed a great vision that these works “ revolve around such concerns as maintaining the biological livability of the Earth, producing more accurate models of social interaction, understanding the growing symbiosis in man-machine relationships.”

Similar to techno-utopianism, the wish for collaboration is a powerful engine. Yet any creative model or ecology must be inspected within its historical framework. Discourses on art and technology often celebrate the golden age of E.A.T., but very few have addressed its malfunctioning model which led to its eventual decline. In an article titled “The Changing Structure of American Innovation: Some Cautionary Remarks for Economic Growth,” the author sharply points out the underlying reason behind the decline of Bell Labs: as the anti-monopoly policy became less restricted, corporates no longer relied on in-house R&D, which was less profitable and more time consuming, and research gradually became the expertise of universities, while development and commercialization became corporates' top priorities. As the Wall Street logic has become increasingly dominant, the Silicon Valley model started to take over, while the utopian corporate labs like Bell Labs could no longer sustain their interdisciplinary R&D, not to mention those 8,500 hours of work and investment into art and technology experiments regardless of cost. As today's discourse over art and technology has become increasingly prominent, the ghost of the 1960s still lingers: that thriving yet baffling first wave has left us with precious heritage, as well as an unsolved mystery regarding its short-lived collaboration. It highly relied on individual figures (such as Billy Klüver and Jack Burnham); the instability of technology made the practitioners unable to fulfill their promises and visions (the exhibition “Software” curated by Jack Burnham resulted in a bankruptcy) thus cannot justify the extravagant engineering and financial investment. More importantly, the practice of art and technology was embedded within the social system, therefore was inevitably subject to its political, legal, and economical forces. As the innovation economy model iterates, the interdisciplinary experiments built on the corporate labs "hotbed" are about to collapse and then become the ghost hidden in the “vines.”