Now, we are situated in a post-pandemic time, in a digitalized media society. Human perception, consciousness, thoughts, psychic structure, as well as social interaction are all tending more and more towards customization. Such a customized environment might lead to the decline of the human mind, (what Stigler calls “proletarianization”), as knowledge has become obsolete due to the reproduction and application of technology.

Last year, the School of Transmedia Art from Guangzhou Academy of Fine Art hosted a conference—“International Conference on Co-media Arts Practice and Theory.” In the foreword, it says: “Media technology has altered the form and essence of our reality.  Dominated by technology, information and signs are reconstructing the subject-object relationship between human and society, human and nature… Media technology guides the evolution of form and evaluation system, which also alters the expression of art, material, and concept, as well as the relationship between art and institutions.” 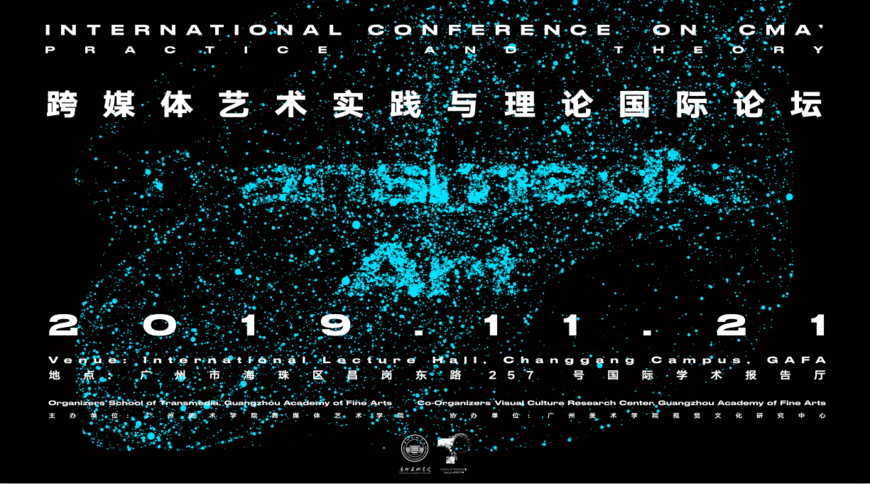 So why does interdisciplinary teaching and practice matters in terms of art education in such a media society context? For this question, we interviewed  Professor Feng Feng, the director of the School of Transmedia art. When discussing the importance of interdisciplinary exhibition in the museums, he says: “if we continue to make experimental exhibitions, their impacts on society and the city will be extremely crucial. The experimental thinking will also affect many different industries, and therefore will have effects on our living environment and even the whole ecology of the economy.” Professor Feng sees art as a comprehensive expression that differs from other disciplines, and he takes the domestic space as an example: “for instance, in 1866, Haeckel coined a new term ‘oekologie’(ecology), which comes from ‘oikos’, meaning home, and ‘logia’, meaning study. This term refers to the relation of the animals both to their organic and  inorganic environments and marks the beginning of the ecology study.”

From teaching foundation courses for the Department of Art and Design to establishing the Department of Experimental Art and the School of Transmedia Art, Professor Feng describes his multiple identities as the “Robinson with three legs,” even if living on a deserted island, he could still use anything to work and create, such as a piece of paper, a leave, or even just air and mud. The importance is to see everything as the vocabulary of expression and any change as the condition for becoming the language of expression. From professor Feng’s point of view, the School of Transmedia Art in Guangzhou Academy of Fine Art which is located at the Pearl River Delta region has its unique position and ecology.With the frontiers impacted by the wave of globalization, its locality and subjectivity need to be constructed through various social collaborations. 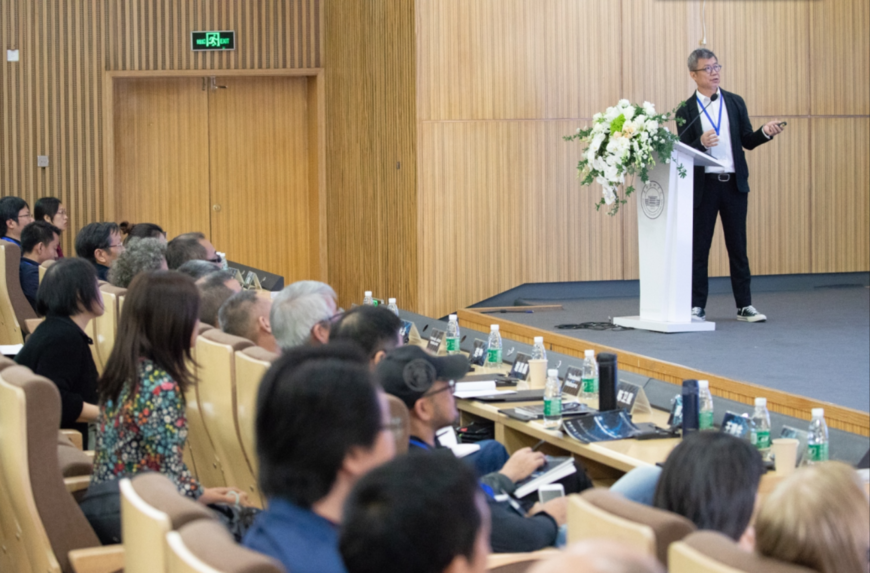 Feng Feng is the professor of Guangzhou Academy of Fine Art, mentor of Master’s students, director of School of Transmedia Art, and the executive director of Shenzhen Hua Museum. He is the backbone of Chinese contemporary art and an important artist in southern China. Feng Feng has been engaged in art and design education for many years, as well as the interdisciplinary art practice in contemporary art, design, public art, and other fields. His artworks have been exhibited in the United States, the United Kingdom, France, Italy, Japan, Norway, and many other countries. He has also held solo exhibitions in Paris, Beijing, Guangzhou, Shenzhen, Hong Kong, Shanghai and other places. He is the author of many artistic writings and professional books such as “The Ruins of Time.” He is the designer of the "Time's Palace" in Daminggong National Heritage Park, Xi'an.

First of all, can you tell us about the conditions for founding the School of Transmedia Art, its pedagogical vision and academic planning?

The Department of Experimental Art has already laid a foundation and formed a thorough structure for the School of Transmedia Art. I have always felt that the spirit  of our work was formed through the first eight years’ experience. We don’t consider the Department of Experimental Art as an isolated major. If we would agree that today's age of visual media will move further towards convergence in the future, we have to think about this problem.

Of course, looking back at the divisions of disciplines in the university, all of them were originally extended from the religious system. Theology, law, and medicine were separated, and eventually, philosophy was left behind to form the original university; Later, the division among the natural disciplines and humanity disciplines became deeper and more subdivided. Of course, this has had a very positive effect. It has contributed to the evolution of the discipline as a whole, especially in terms of depth. But, the problem came with it that they became more and more localized and isolated, and these disciplines sometimes became even more closed, with deeper barriers between each other. So, after World War II, there was also another voice advocating for interdisciplinary studies, which was a motivating force.

By the time we established the School of Transmedia Art in 2018, we formed a truly interdisciplinary faculty structure. For instance, we have teachers in Fine Arts, Design, Experimental Art, Photography and Digital Media, Film, Television and Theatre, Philosophy, Psychology, Anthropology, and Sociology. I believe the future of arts education still has a very strong interdisciplinary tendency. In addition, we have been preparing to build a team by bringing in talented people from various fields since the beginning. In terms of discipline, we want to create a multidisciplinary chain, and at the same time form our own interconnected circulation system. 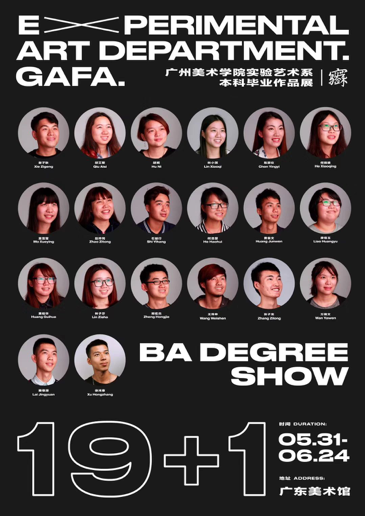 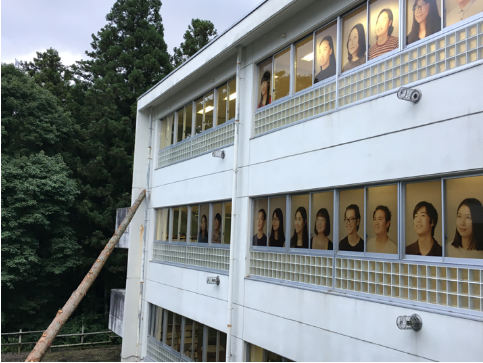 Professor Feng Feng also taught in the Department of Art and Design and the Department of Experimental Art, before establishing the School of Transmedia Art. What are some transformative or correlated elements during this process, from the perspective of pedagogical practice? Could you share some of the outcomes from your experience?

After graduating from GAFA (Guangzhou Academy of Fine Art) in the early 1990s, I went to teach foundation courses at the then newly established design department of GAFA. Design was a new discipline, and there was no modern pedagogical system in the foundation courses. So we started to organize teaching, trying to incorporate some experimental methods and concepts of contemporary art into our teaching practice. All  these practices were carried on to the foundation pedagogical system in the Department of Experimental Arts.

The first year of the Department of Experimental Art had 21 students, and I had the idea that we wanted our new pedagogical system to keep a complete archive for all students throughout their four-year curriculum. To this day, in addition to being our teaching archive, “keep Smiling” has also become a long-lasting work that my students and I have worked on together. It has been exhibited at international exhibitions in Hungary, Australia, and Japan, as well as major domestic exhibitions such as the Nanjing Triennial and the Long Li New Media Art Festival. 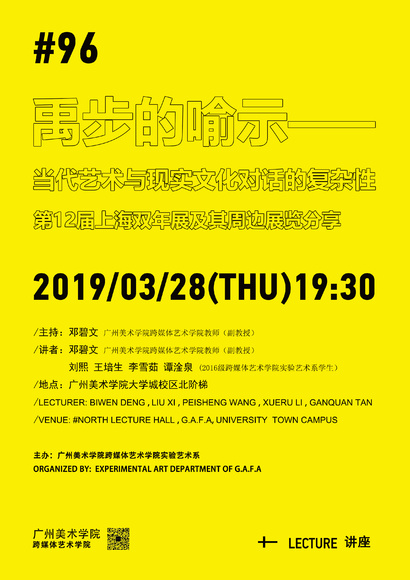 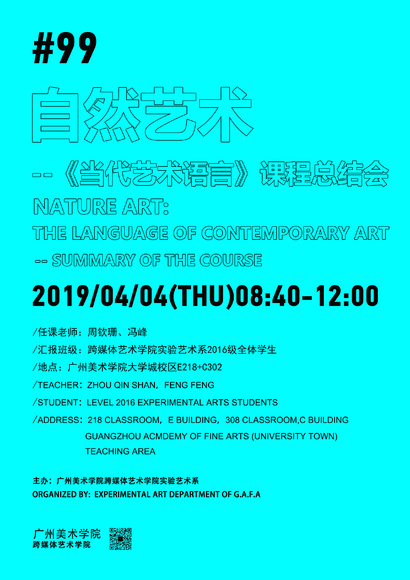 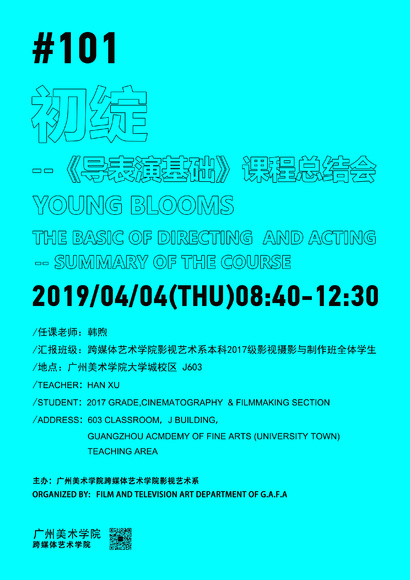 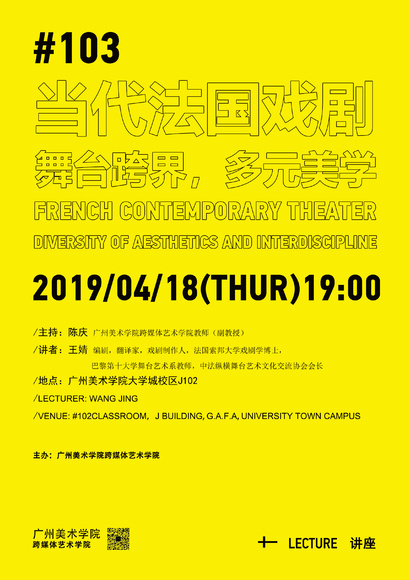 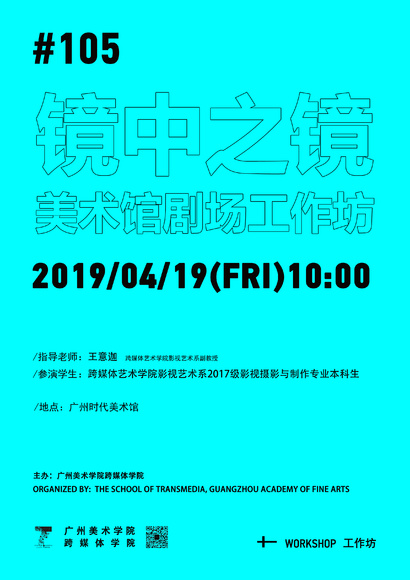 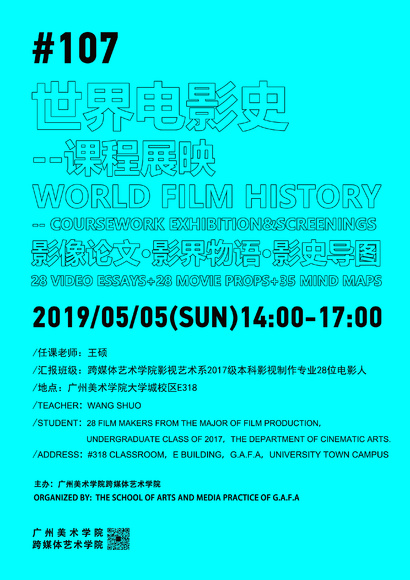 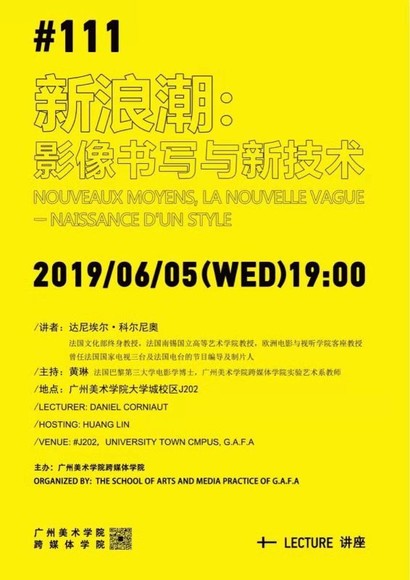 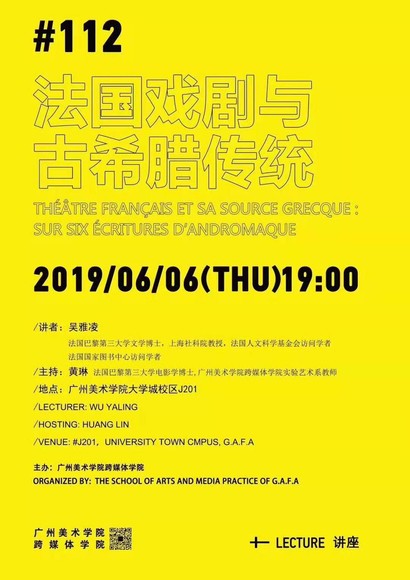 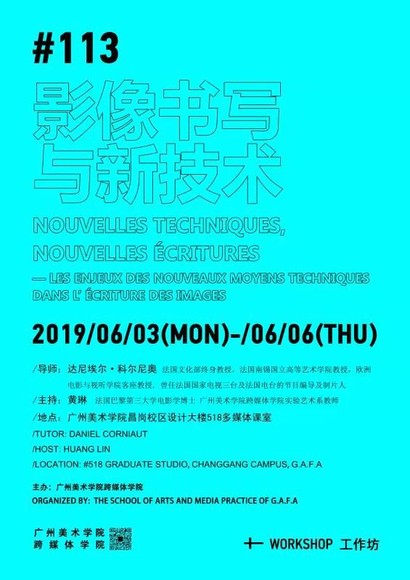 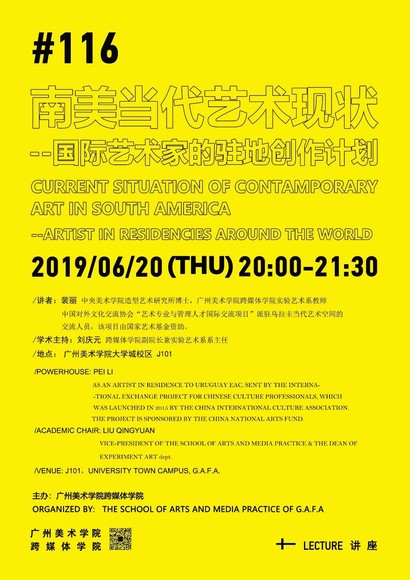 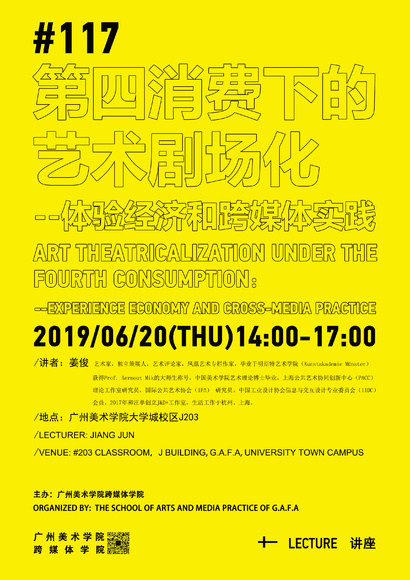 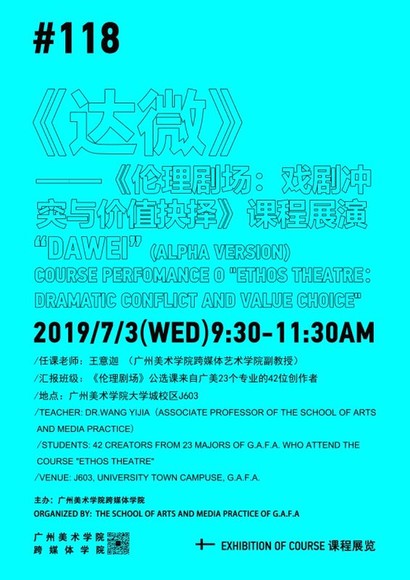 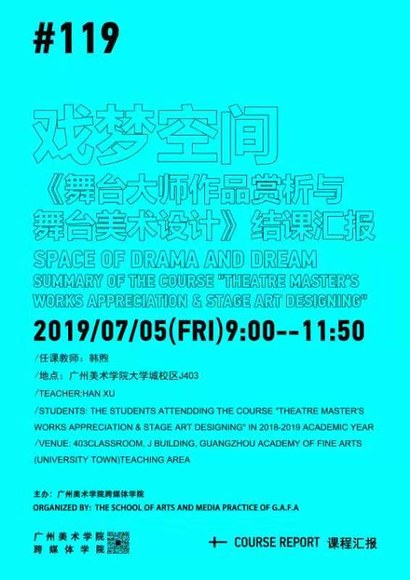 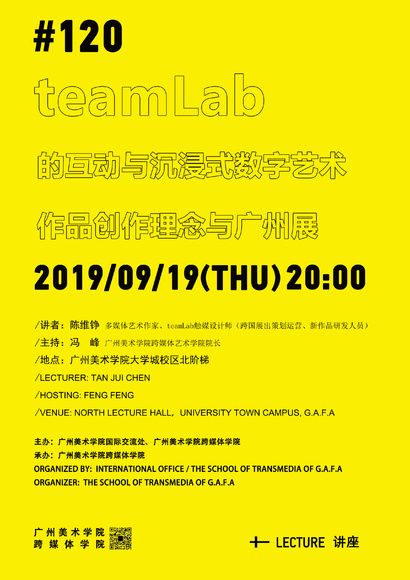 The posters for lectures, workshops, and residency projects

You have once proposed that, "teaching practice should move from the classroom to society...to diversification, and that art should engage in an interdisciplinary conversation with the study of media, anthropology and sociology.” Why do you think so?

I was invited to teach a course on creativity at the Beijing Institute of Technology (BIT) last year, and I was quite surprised when I was there, as we all know BIT was formerly known as the Yan'an Academy of Natural Sciences (at that time also called the Academy of Natural Sciences), which is one of the top universities in the country, and their faculty also focuses on the education of creativity.

Later, I found out that international instructors are invited to teach contemporary art to engineering students at the BIT. I found it very inspiring that art, today or in the future, is becoming more and more crucial for students to understand other disciplines and to collaborate with other disciplines. Art is something that runs through many chains of disciplines and exists as an expression from other academic disciplines. 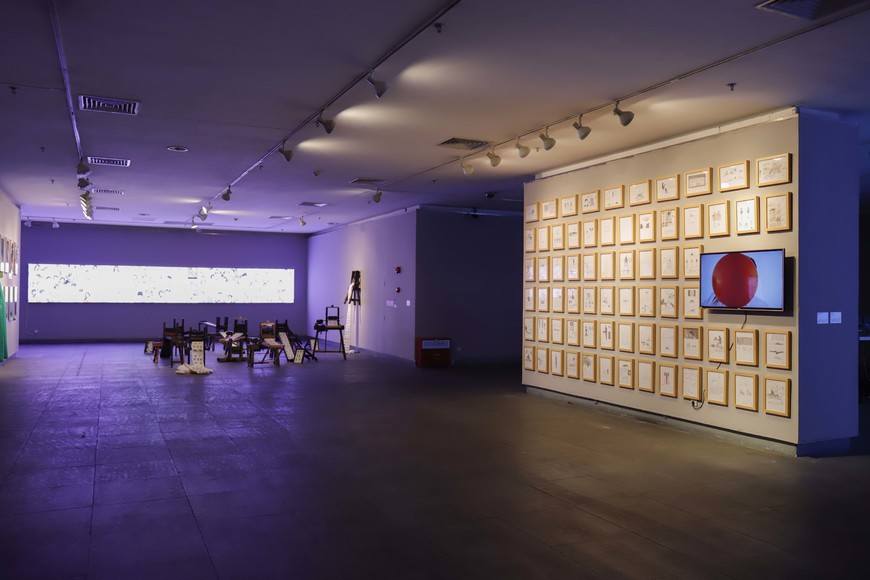 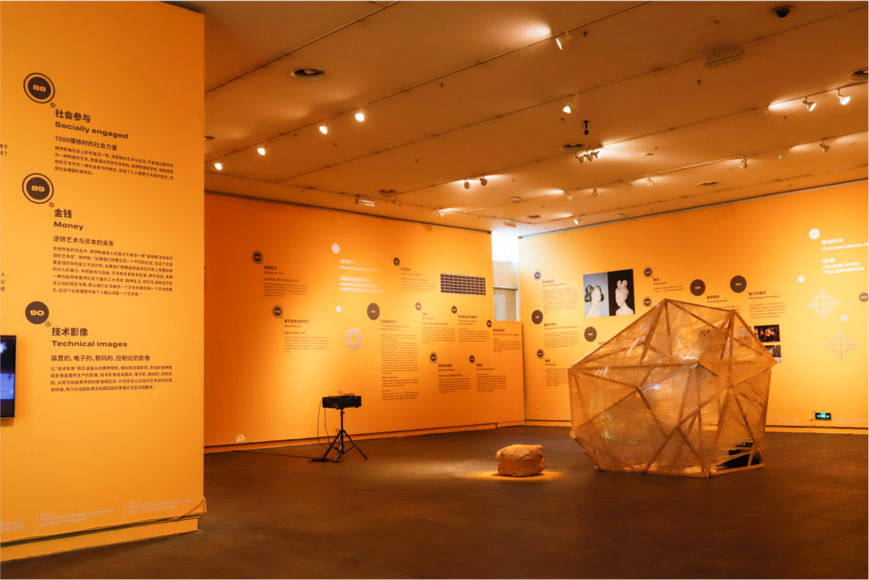 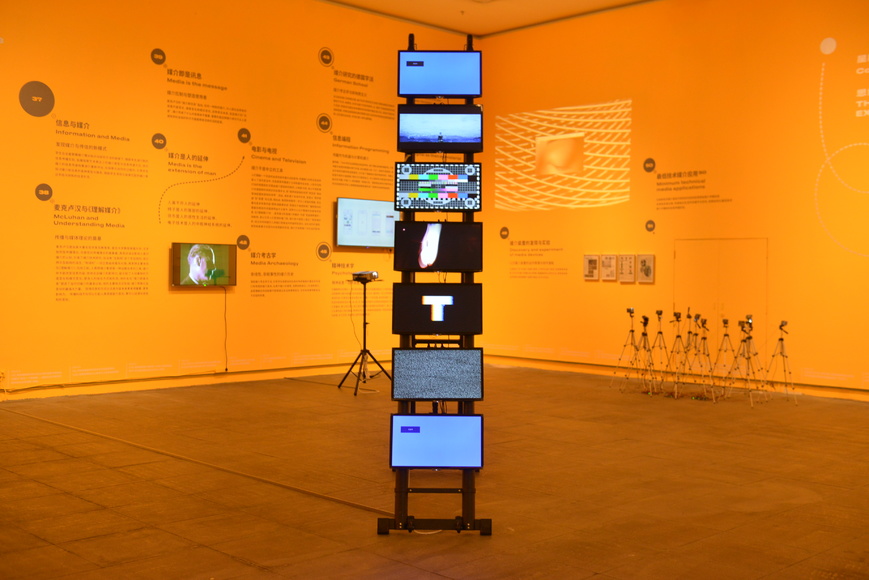 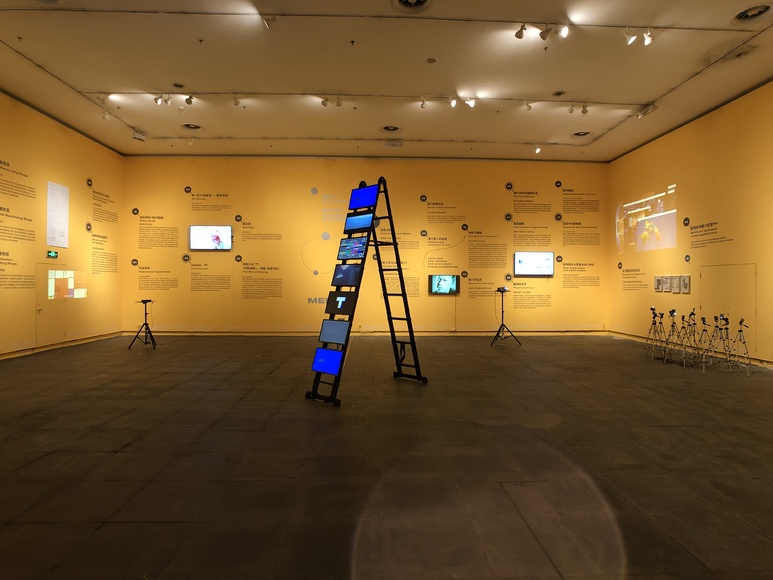 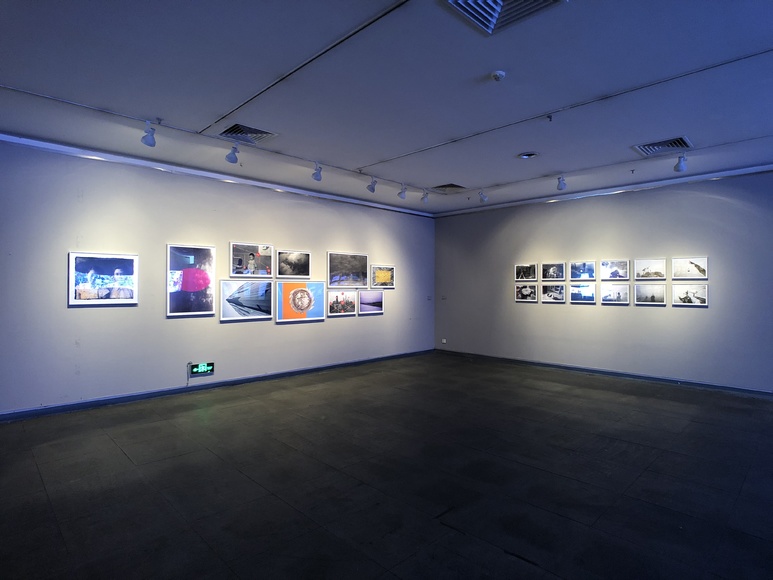 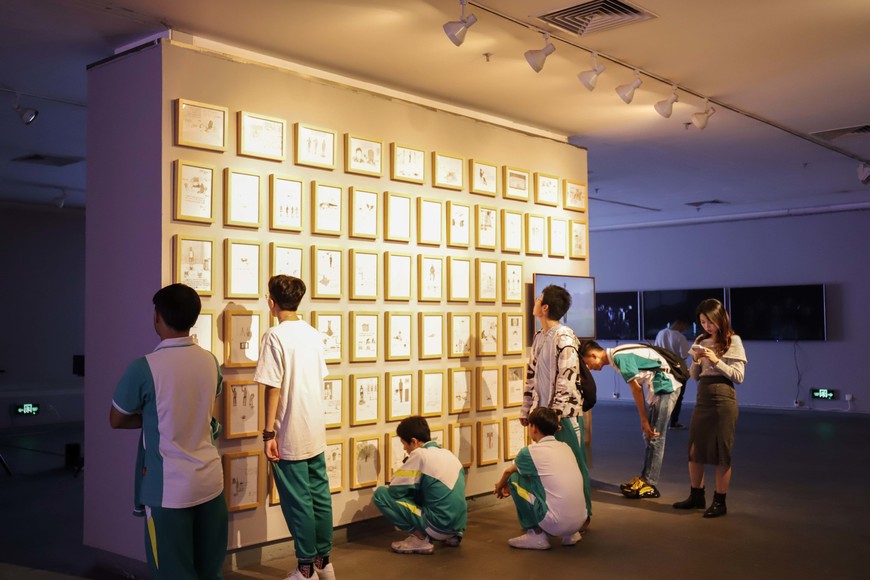 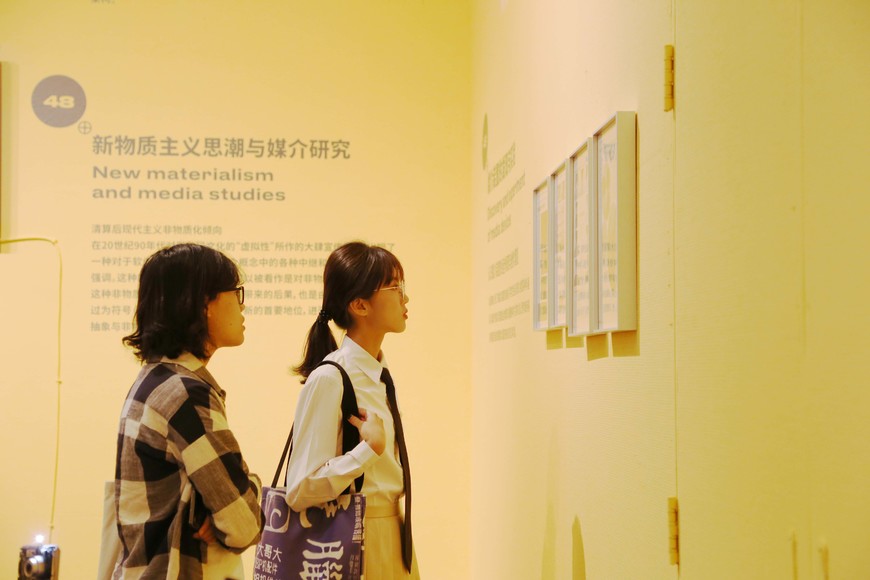 From a regional perspective, as a newly established school of the GAFA, how does it interact and relate to Guangzhou or the Pearl River Delta?

I once read a theory called "cultural geography,” which is about the influence of the geographical region on the overall cultural ecology, and I believe that makes a lot of sense. It is like a fruit that grows in a place like this, there are local things that grow naturally, and if you go against those things, sometimes it is hard for it to grow, or instead, it ignores all the advantages and attractive features that the place has to offer.

Guangzhou’s climate is very much like the climate of Southeast Asia, with lots of moist and vigorous weeds. Although you don't see lots of sturdy towering trees, you'll see all kinds of shrubs, overgrown weeds, and very few bare areas. It is also the same when you look at the entire ecology of the economy of Guangzhou and the processing industries of all sizes, and the energy of a very active private workforce. I think in terms of art profession or education, especially in today's age of globalization, there is a more and more homogeneous phenomenon, therefore, uniqueness and irreplaceability in terms of the overall cultural ecology are now becoming more and more precious and important. 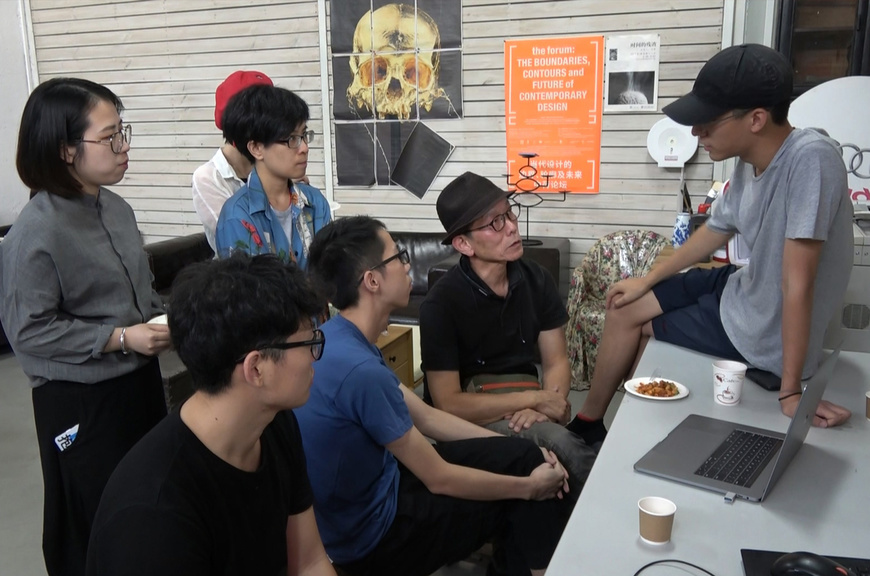 Can you talk about cross-media practice in the light of this pandemic, and whether the ongoing teaching program at this stage will result in some changes in the future?

The pandemic has shut down some spaces in our regular lives, but it has also opened up some other possibilities. In my opinion, the pandemic has brought many changes, which I think will be a future norm or a future way of working that came early. On the one hand, it makes us think about the things and ways that we are used to. On the other hand, it also happens to give us some time to make some transformation of our pedagogical space. We are constructing three boxes — a white box, a silver box, and a black box — corresponding to three functions: a teaching space, an exhibition space, and a laboratory space, with three different boxes interconnected with each others. In this way, the teaching site becomes an art gallery or a theatrical scene. In other words, the teaching site or the teaching process can become an exhibition.

But, in the future, I think the impact of the pandemic will be far-reaching and not suddenly end someday. There are no absolute good or bad results, but merely changes and transformations. Some things will slowly diminish or disappear, while others will increase or grow. In fact, isn’t our main subject—experimental art—precisely is the adaptation of a constantly changing world? We consider the distinctions between the new art and the art of the past are that we see anything as a vocabulary of expression and, at the same time, we see all kinds of changes as the condition for becoming the language of expression. Therefore, nothing is ever fixed, as it has long been said: The change is eternal. 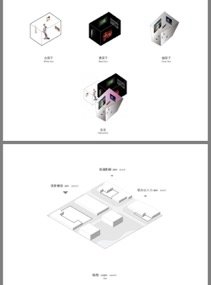 Education Center of School of Transmedia