[Editorial] : The Kid Who Built a Star Room

Editorial and Illustrations by Li Ruixuan

Since childhood, I have been alone

Stars from all dynasties

Humans’ curiosity about existence may start from looking up at the sky for the first time. Full of endless mystery, the vast universe above our heads surpasses our ability to conceive and perceive time and space. In "Loneliness," the poet uses a few words to outline several layers of imagination. The protagonist who takes care of the stars could be you, me, all human beings, or the Earth itself.

Let’s just see them as a kid.

Under the bright starry sky, a kid was sitting in front of the dark window. They were born with a thoughtful nature and are very sensitive to the nuanced connections between things. "How are the stars hung in the sky? Why do they revolve around the North Star? Why don't they fall?" As soon as people began to direct questions toward the heavens, speculation and imagination followed. It is these conjectures that cannot be immediately verified that support us to pursue the answer through practice again and again. 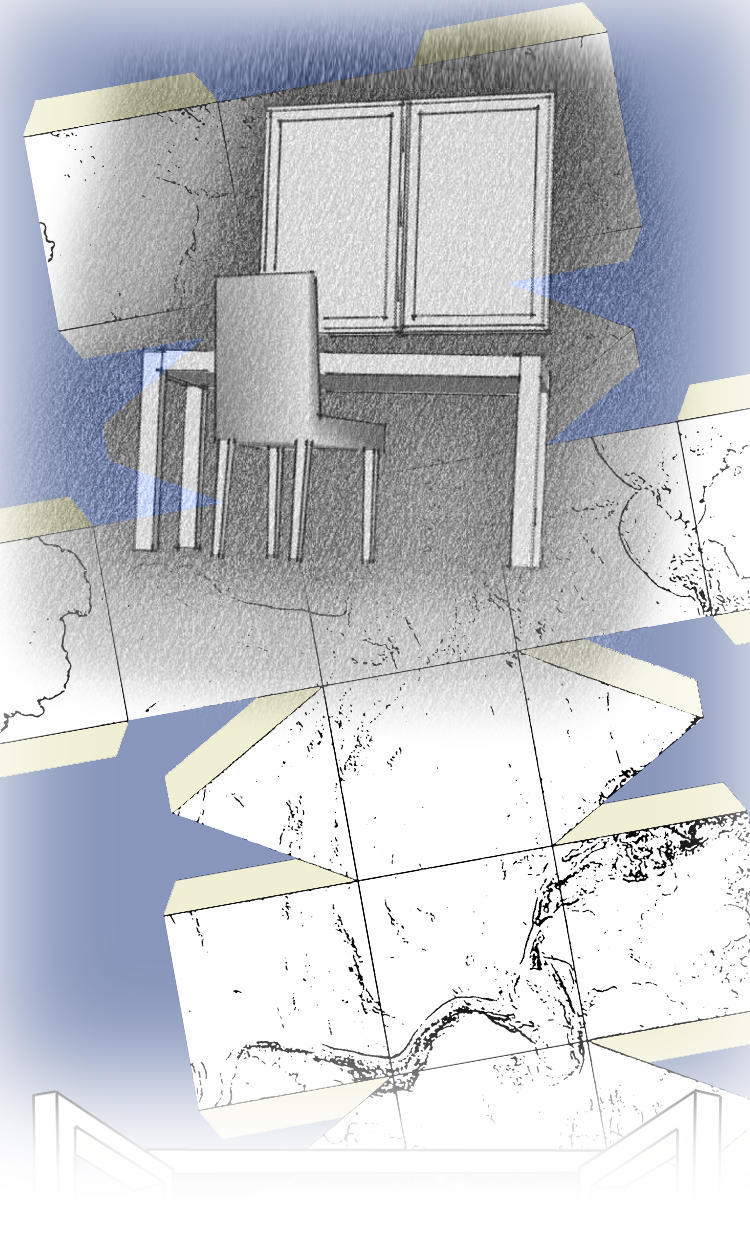 How to preserve these naive but sincere questions? In "Little Unicorns," the "Research Center for Science and Human Imagination" at Southern University of Science and Technology (SUSTech) and the "Lifelong Kindergarten Group" at the Massachusetts Institute of Technology (MIT) gave a pair of references. The cultivation of imagination is more the prevention of declining imagination than its cultivation. Professor Wu Yan from the Research Center mentioned in the interview that imagination is born of nature and the education of imagination for teenagers is indeed a process of protecting imagination. Therefore, the research center has compiled a series of science fiction textbooks covering primary school, middle school, and high school, aimed at fostering children’s imagination.

Based on the textbooks, the Research Center also conducted teaching experiments in Shenzhen Binhai Experimental Primary School and Guangzhou No. 5 Middle School and published selected works created by the students. These courses allow students to jump out of the rigid learning mode for exams and return to their natural curiosity about the surroundings. The courses inspire them to integrate general education with life, add a bit of imagination and alternative interpretation into their thinking, and eventually be able to examine and analyze the world around them.

The Lifelong Kindergarten Group, as the name suggests, is a research laboratory that advocates for people to learn like children throughout their lives. The kindergarten school years are full of play and joy, but they are fleeting. Can we still carry that kind of creative thinking into aspects of our lives after graduating from kindergarten?

The head of the laboratory, Professor Mitch Resnick, uses a spiral model to define a "kindergarten-like" learning method — "imagining-creating-playing-sharing-reflecting-reimagining" — which is usually skipped in the traditional system. This philosophy led the research group to develop a free programming language "Scratch" in 2007 that was designed specifically for developing children's creativity. This language is visualized as a small application like building blocks, very accessible for children. Scratch’s community platform has also encouraged kids to get inspired by each other.

The science fiction course developed by SUSTech and the tool Scratch programmed by the Lifelong Kindergarten Group both provide children with different thinking clues that emphasize imagination, making imagination a subconscious habit. Even though one day they will no longer be a kid, they can enjoy themselves in their inner mindscape.

The kid staring at the stars lowered their eyes. Deep-space gave them too much inspiration, but the infinity beyond their vision was too far away, and they only wanted to focus on the present. They looked at the paper, pen, scissors, glue, and other materials by their hand, thinking about how to keep the tiny and fleeting thoughts in their mind on the table. After being quiet for a while, the kid sketched on the dark blue paper, one thought after another... Later, they cut out the final version, a string of squares and regular triangles that share common sides, folded them along the sides, and put together a 26-faced polyhedron that looks approximately like a sphere. 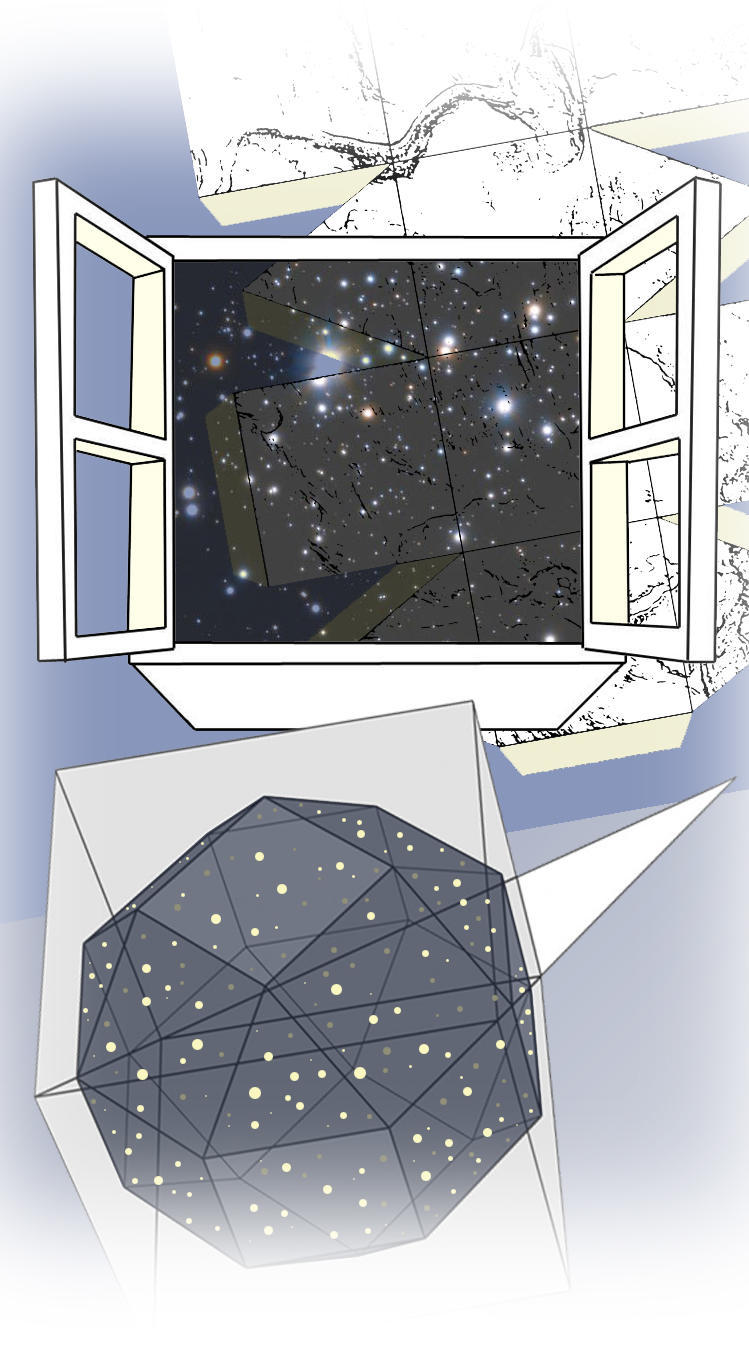 From ideas to expressions, from abstractions to concreteness, hands-on skills are particularly important in communication. In conjunction with his "learning spiral," Professor Resnick proposed the Four Ps of creative learning which is to give students a “Project” that makes them have “Passion” and let them collaborate with their “Peers” through “Play.” Interestingly, the MIT Media Lab has applied this learning method to its graduate courses, allowing the "grown-up kids" to focus on creative activities based on interests like kindergarten children do. As a result, they work efficiently while spending very little time in class.

This learning method originated from Dewey's pragmatism that emphasized "learning by doing." The youth programs of the two institutions introduced in "Young Alchemists," "CloudLAB" and "Gray Area Foundation for the Arts" are both based on Dewey’s theory. The CloudLAB in Chongqing was founded by a team of artists, adopting the Project-Based Learning (PBL) method and cooperating with curators, architects, designers, scientists, and other personnel to engage children to "learn from artists". The curator Ni Kun mentioned in the interview that, in addition to teaching knowledge, the educational framework of the CloudLAB includes researching, analyzing, creating, discussing, producing, and the last but most important part — expressing through exhibitions. The mission of CloudLAB is to guide children to become life-long learners like professional artists. This PBL method runs through CloudLAB's weekly courses, workshops, summer residency, and the children's art festivals.

The kid snuck into their parents’ study room, took off the wireless camera above the computer, taped it to the middle section of a knitting needle, uncovered the bottom surface of the polyhedron, put the needle in, inserted it end-to-end on the top and bottom faces, used glue to seal the geometry, and then stuck the end of the needle, tilted, into a piece of foam box. Then, they took a pin and randomly pierced small holes on each side of the polyhedron. Finally, the kid gently held the geometrical paper shell with both hands and slowly rotated it counterclockwise. When turning their head, the kid saw a magnificent moving image of "shifting stars" on the computer screen. And they recorded it all.

In the video, the navy dome is inlaid with dazzles of light, arranged in irregular "constellations." A pillar gleaming with dark silver light was inserted down from the "sky rotunda." Scattered light spots slowly rotate around this beam of light, falling from one side of the frame and then rising from the other side.

The kid extinguished the image with a smile and then walked away from the cabinet where the memory was displayed. They are no longer the kid. This is a video recorded 20 years ago. Not long after that, they realized that the real trajectory of celestial bodies is quite different from their fantasy.

They are now an expert in the field of dung beetles. A few years ago, a professor at their institute discovered that dung beetles would move in a straight line following the stars. So, the once kid built a virtual "star room," leading the dung beetles to complete a series of complex instructions under its artificial navigation and even drew exquisite mandalas on the sand table. They are now world-famous because of this experiment, but few people know that the inspiration came from a childhood craft. The romantic imagination that emerges from childhood questions is deeply imprinted in their thinking, affecting the thinker’s life, and has been prompting them to take care of the small world created by themselves. 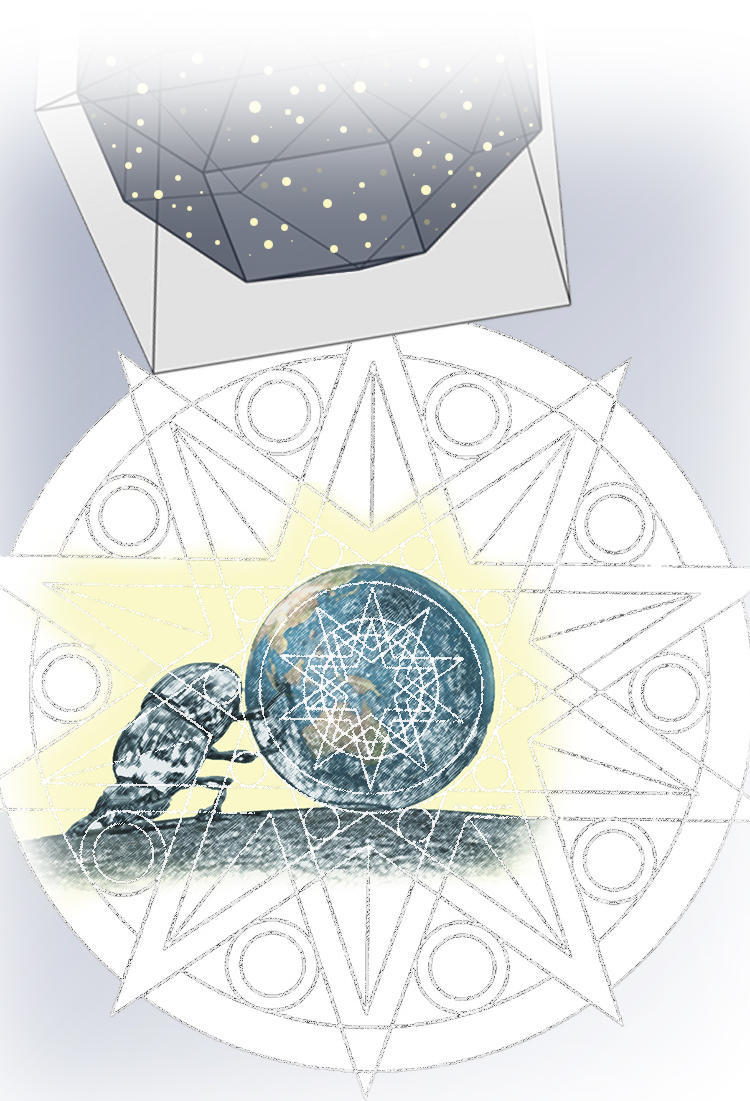