[Theme of this lssue] Microscopic world of Tal Danino 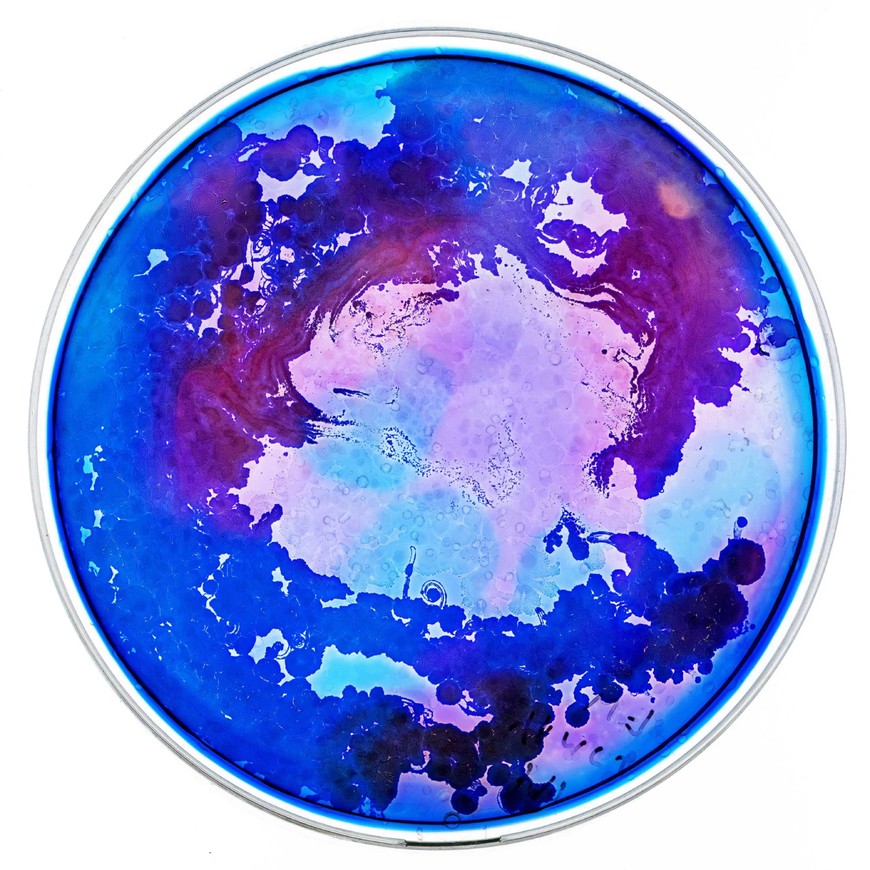 Bacteria are everywhere. They are the most simple, yet advanced organisms on earth, and also an original model that outer space biologists use when searching for extraterrestrial life. The recent development of microbiology also uncovered the reciprocity between the microorganisms and humans, reaffirming the importance of this study. The combination of microbiology and art are relatively more simple and broadly applied. Petri dish, the most important tool in modern microbiology, has been used as the new “canvas” by the artists, as the microorganisms become new pigments and creative medium. But the artists and scientists could do far more than that.

Artist Tal Danino has the dual identity of both an artist and a scientist, he now teaches biology at Columbia University in New York, and runs his own lab, in the same time, he discovered the subtle philosophy in the microscopic images.

His work “Microuniverse” uses different mediums of photography and video. The fission of microorganisms under the view of a microscope is surprisingly similar to the views of the birth of the universe in the telescope. Is the material basis of everything in the natural world endowed with a common nature since the beginning of creation? The “eye of the machine” allows the artist to have a unique point of view that the naked eyes would never have, which finds resonance in the two extreme opposites of the micro and the macro world. Here, the concept of “a heaven in a wild flower”, which has been interpreted by both eastern and western thinkers, has been concretely expressed through this work.