[Special Issue] An Interview with Benjamin H.Bratton about The Terraforming

Benjamin H. Bratton's work spans Philosophy, Art, Design and Computer Science. He is Professor of Visual Arts of California, San Diego. He is also Visiting Professor at NYU Shanghai. and Program Director of The New Normal programme at Strelka Institute of Media, Architecture and Design in Moscow. He is the author of The Stack: On Software and Sovereignty (MIT Press). In this book, Bratton introduces new theories of global

In the book, Bratton outlines new theories in the era of global digital and algorithm governance, and proposes a global network-based computing model that combines different types of smart cities, Internet of Things, and automation. His research has made outstanding contributions to digital design on a global scale. 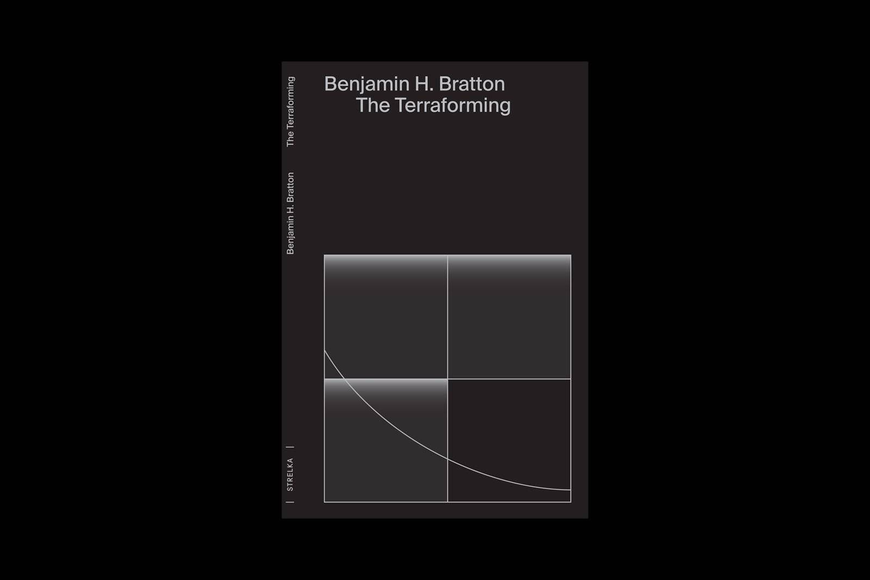 The launch time of this project almost overlaps with the outbreak of the pandemic, and The Terraforming happens to speculate about the general situation of the "Anthropocene" in the near future. Does the project have a more profound background? Has the pandemic affected the subject of the research project?

During the first year of the program, we did an initiative called “The Revenge of the Real,” in which our researchers developed several projects related to the pandemic. We hosted a symposium of the same name with Jean-Luc Nancy and several of our faculty members. For us, the relationship between The Terraforming and the pandemic has to do with a crisis of planetary governance and our inability to conceive of a biopolitical imaginary, appropriate to the complexity of our planetary society.

As a long-term project at planetary scale at the Strelka Institute for Media, Architecture and Design, what philosophy or cosmology is the project’s research framework and methodology based on? Nowadays, when philosophical and technological imaginations are once again entangled, the Russian cosmists’ works seem to have a new context, then how do you value “Russian Cosmism"?

Cosmology is of course difficult to talk about because one sees the world through the lens of cosmology and therefore cannot see the cosmology itself. It is like a fish discussing water. But I would be comfortable saying that our cosmology is related to the idea that some people call the “Anthropocene.” This is a word we don't really use. That historical era, however it is defined, is itself a terraforming project, but one that was planless and undirected. There is a “planetary” that we must now design and compose and one that has been made clear to us by Earth Sciences, revealed by the abstractions of large-scale, technological infrastructures. The former must emerge from the latter. That is, climate change itself is an epistemological accomplishment of planetary-scale computation.

And so, while our approach may have to do with the relationship between cosmology and technology, it might be in a way the inverse of what is called “cosmotechnics.” If cosmotechnics is interested in how a particular cosmology structures the relations to technology, we are interested in how technologies produce the possibilities of new cosmologies more aligned with the reality that makes them possible. These are not diverse for the sake of diversity, but would, hopefully, allow for and epistemological access to our own planetary at how we emerged ourselves from that condition. This is related to some degree to Russian Cosmists, as you ask, but more Tsiolkovsky than Fedorov, probably. Their work has been indirectly influential on a lot of our thinking, particularly the ethos by which life is understood in an astronomic context more than an anthropological one, where the questions of anthropology are seen through the lens of astronomy. 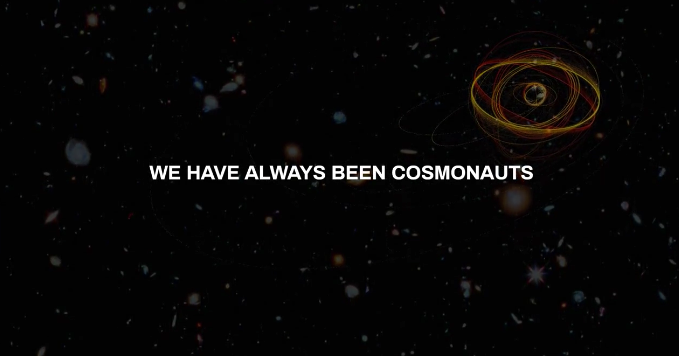 The Terraforming is planned as a three-year research cycle. The first year emphasized the remaking of the planet itself (and remaking ourselves thereby), while this year emphasized remaking ourselves (and remaking the planet thereby). How could we interpret this focus shift? Who does "ourselves" include? How might this shift cause any non-anthropocentric transition? What would be the difference between this transition and transhumanism or accelerationism?

The shift might be related to an idea we call “anthropoforming.” If the terraforming is how a species makes the planet, then anthropoforming is how that species makes itself or in turn how the planet makes the species. This is not identifying an entirely new phenomenon. The transformation of the human is a condition of the human. We humans, as a species are in a constant state of transformation: anatomical transformation, neurological transformation, and so on if viewed over a period of millions of years. However, in very recent years quite clearly, the capacity of our sapience to remake ourselves and to intervene in our own evolution has become much more sophisticated, for better and worse.

Our interests in this differ from transhumanism in that the question of the composition and transformation of the human for us is seen at the level of the entire species. For transhumanists, it is often seen at the level of the individual person who somehow stands in for everyone else and magically retains the essence of their individuality. Regardless of the transformations that take place, we are far less concerned with the essence of anyone's individuality. Accelerationism is a term that means so many different things and has been defined in so many different ways that I hesitate to try to compare our work to its different permutations.

It is mentioned in the statement that “the research program will consider the past and future role of cities as a planetary network by which humans occupy the Earth’s surface,” the research subject has shifted to “urban planetarity.” The “planetarity” discussed by Spivak in Imperative to Re-imagine the Planet involves the role of electronic capital. Then, what does the “planetarity” in this project mean to the automation and infrastructure in real city life?

On the role of cities and automation, it should be said that our definition of automation is somewhat idiosyncratic, in that we don't see it as primarily related to autonomy would rather to entanglement. We see automation not only as something that involves machines replacing people but as a more fundamental phenomenon within complex techno-ecological systems. It is a process by which decision becomes encoded in particular points within a larger relay. The city is an artificial environment par excellence that should be conceived in terms of how it might provide services and conditions to those who inhabit it. We say “inhabitant,” not “citizen,” because the official credential of citizen is not necessarily the most important consideration.

The open question is, how is it the cities may provide a high standard of living to those who occupy them, but also would do so in a way that minimizes energy, carbon, and land use? Automation in its conventional sense also introduces many efficiencies of scale, efficiencies of energy use, carbon use, and land use. If so, how might automation help to contribute to the provision of those services in a way that maximizes the positive effects of these efficiencies? Our argument is not that more automation is better than less automation, but that for cities to do what they should seems impossible in the long term without the intense efficiencies that automation may bring.

About 50% of the contributors of The Terraforming are from the fields of urban planning or architecture, and the other half are philosophers, filmmakers, programmers, and scientists. As an interdisciplinary project, how is the basic collaboration generally conducted? Why were the works mostly delivered into films and texts?

It's an interdisciplinary program because we see the question of the urban as intrinsically interdisciplinary. The urban is not just about buildings and streets. And so, architects and urbanists do not have a monopoly on this conversation. It is based on the idea of trying to imagine a new kind of urban design practice that was able to conceive of the city in different ways from many different perspectives and expertise. Our teams are organized across disciplinary boundaries, and the work that they develop is informed by these professional collaborations.

The research itself is not bound to film and text, but the public presentation of the research usually is, really for sake of clarity. We found that film and text provide a way to incorporate work that may have taken many different forms -- quantitative, qualitative, historical, speculative -- and give it an envelope in which many different insights might be presented and communicated concisely and compellingly. We've found that the voice and style that we've arrived at for this has been strongly influenced several other programs, which is, of course, fine with us.

The Terraforming is an experimental postgraduate program of the Strelka. How does it usually engage the general public? Is there a specific way to receive public feedback? Through what method does the project make a social impact?

We have no apologies for being a research program, so our first obligation is to the quality of the research itself rather than to the production of “content” for an audience. I think that our engagement with the general public is engagement with those who are interested in some aspect of the research that we developed, but maybe we're not entirely aware of other aspects. This is different than the relationship a program might have to earn an “audience” and primarily focused on entertainment or congratulating their preconceived ideas in some way. We have found that the program has developed a rather intense following, both in the design community and outside the design community, because it provides something original.

The “terraforming” (usually refers to transforming the ecosystems of other planets or moons to make them capable of supporting Earth-like life) sets our attention to the universe. Then, looking back at the Earth and rethink the meaning of urban planetarity, as opposed to those like Elon Musk who facilitates Martian immigration with a corporation’s support, what kind of a near future can the Terraforming foresee? Is the third year’s theme under planning? What would it focus on?

We know that we were inviting some misunderstanding with the title of the program. To be clear for your readers, The Terraforming does not refer to the terraforming of Mars. It refers to the terraforming of Earth. The idea is not for Mars to become viable for Earth-like life, but for Earth to remain viable for Earth-like life. A terraforming-scale transformation of our infrastructural systems will be necessary, which includes not only a technological project but also indeed a sociopolitical one, and both deeply intersected. I think it's probably a shame that the very idea of migration to and cultivation of other astronomic bodies within our solar system, Mars or Moon, is somehow associated positively and negatively with Elon Musk. This isn’t a matter for celebrity totems. It is an idea that goes back centuries and has a very complex history. I prefer the terms “migration” and “cultivation” rather than “colonization” because it implies a different kind of relationship not only between Earth and its neighbor planets but also a different relationship to Earth itself.

One thing that is becoming increasingly clear to us and will influence the third year of the program greatly is an understanding of how extraplanetarity has made our conceptions of planetarity possible. I mentioned how climate change was an accomplishment to planetary-scale computation, but indeed, any number of planetary geo-technologies, and more importantly, the perspectives that they provide, have done a lot to undermine the kind of static conceptions of the global, for example, as the condition in which we are located. That planetarity itself is something that is to be cultivated, not only as a technological perspective, but therefore as the basis of the sociopolitical project, for how it is that a society that is inevitably planetary scale may not destroy the very conditions of its own existence and its future permutations.