The research themes for the second year of The Terraforming think-tank at the Strelka Institute will shift and focus our emphasis. The first year of the program, emphasized the remaking of the planet itself (and remaking ourselves thereby), while this year emphasized remaking ourselves (and remaking the planet thereby). For this, we will consider the difficult relation between the planetary as a precedent condition, revealed over time, and the composition of artificial totalities that not only organize that condition, but contribution to its disclosure. Realism, in all senses, is the watchword, even as speculative political science, or political science fiction (not the same) are our modes of research, writing, urbanism, cinema and the rest.

Where do the people go? Among the most decisive and disturbing realities of the pandemic was political filtering whereby an otherwise mobile and intermingling human population was instantaneously re-sorted back into their nations of passport. As the global population fell back into postcolonial states because no other option seemed available, the weaknesses and capacities of nationalism in the broadest sense was apparent. But fixing the right of entry and movement to a state certificate of identity is a relative recent development and one that holds the separation of migrants and natives as as it history, and exclusive citizenship as its content. But states that artificially segment the human population into discrete tracts of the planet’s surface and for that artificiality other alternatives are available, some of which already exist.

In contrast with autochthonous fallacies, we are interested in other formal means by which humanity could be amalgamated and disentangled, gathered and dispersed, self-sorted and self-assembled based on other geographies. As the license of “citizen” is simultaneously reinforced and undermined, what other credentials assume its place, or multiply it, or innovate a new space of positions? The organization of those geopolitics may include rights of exit and entrance, even in forms that are incompatible with one another. These may open some borders while multiplying others, fortifying historical public states and proliferating privatized urban fields, platforms and networks. These may be admirable or not, an open planetary surface dotted with private enclaves, or vice versa, each with exacting terms of membership. The inquires for other geopolities, are not against governmentality but on behalf of its reimagining, not the end of history but a long-delayed synthetic beginning. 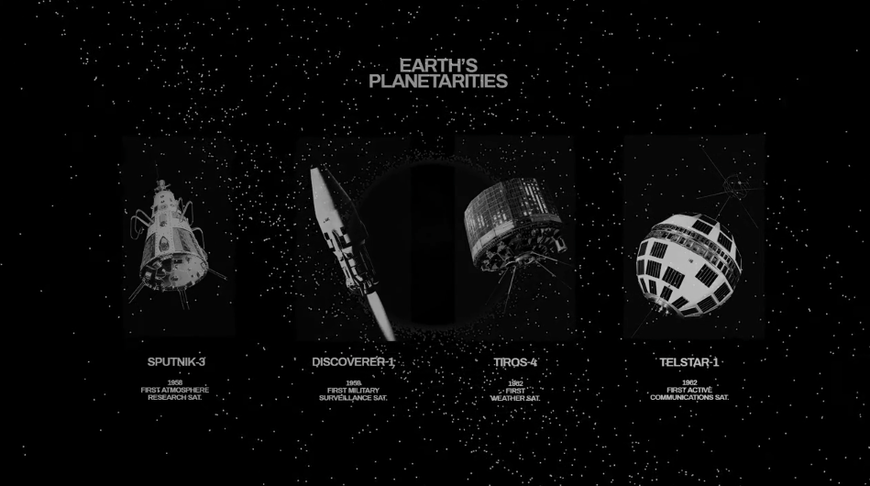 The reopened question of geopolity can and should be asked beyond the level of individual citizenship and population habitation and to put to work on how to organize, measure, name and wait upon the Earth. This includes but is not exhausted by extrapolating techniques for subsectioning the functions of a city into strategically separate zones (industrial, office, residential, etc.) Now expanded and applied at planetary scale with legal form and force. But according to what categories? The planet is already structured through multiple spatial organizing regimes, meridians, national borders, notional borders, elevation lines, karman lines, airspace rights, GPS backbones, ip addresses, and so on. These give predictable if distorting shape to interlocking complex systems of diverse scale and position. Simultaneously, these systems have also been structured at least as much through regimes of artificial time, from train tables to punch clocks, from french republican decimal time to Unix time. The rationalization of time as infrastructural tempo allows for the interoperation of processes across space, however mundane or visionary or violent or all at once.

As part of the larger terraforming research initiative, we are interested in the intermeshed histories, conditions and futures of how to see the Earth through new forms of geoscopy and geometrics that would subsect the totality of Earth space and time through the projection of systemic abstractions, which in turn produce new artificial totalities figuratively enveloping it. But it is the surplus of totalities, each layered onto and through one another, none of which is ever captures the last instance, that makes the history of this process one of design as much as science. The future zoning of Earth may draw on that history or seek to rectify it. It may be based on less arbitrary constants, such as astronomical units, or the strong arbitration of historical and archaeological preservation, protected corridors, megababylons, oceanic revenges, and so on. At stake are the means by which worlds are made and embodied, unit by unit. 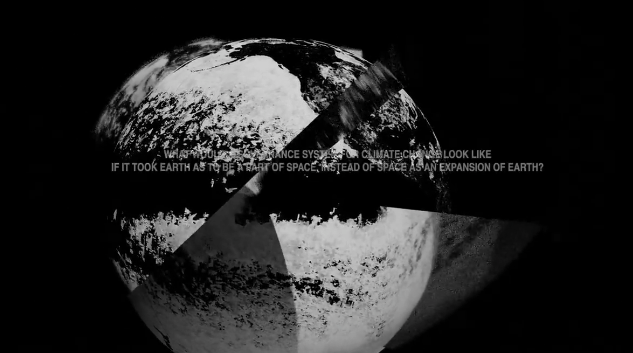 An important idea developed by Helen Hester in the context of the terraforming program is “anthropoforming.” If terraforming is our artificial construction of an environment, niche, ecology, then anthropoforming is the artificial construction of the human organism by the environment or indeed by the species itself. If we recognize that any organism is always the result of evolutionary pressure, then the terms of that are available to artificial revision. This is another way of stating that anthropogenesis and technogenesis are coincidental. The individual body is not a natural thing given in advance and then captured by technology; it is the phenotypical expression interrelations with technology over genetic time, and so it not only can be remade, it is only remaking.

Essential to this is the epidemiological condition of the social made clear by the pandemic, in which the figure of the biological species and its technical abstractions came to the fore as so much else receded. And so, technicity works in several directions at once: species works on the planet, the planet works on the species, planet works on the planet and indeed, species works on the species. Both terraforming and anthropoforming imply similar but not identical relations to what is ‘out there.’ Both see the wide exterior as another interior in which (for which) we can design.

Both see the human as a fundamentally plastic species, not as the protagonist in a melodrama of omnipotence and mastery; it is the outcome and the agent of technologies for the body and for the environment that leapfrogged the slow speed of natural selection. The fur coat, the ski boot, the antibiotic, the scuba mask, the incubator, the ventilator, and reproductive technologies both internal and external, are artificial evolution in action. For us, at stake are new premises for a biopolitics informed less by an intellectual suppression of our technobiological evolution in the name of some mystical language, or the histories of humanism that used that condition as an act of war, and more by a recognition of its pharmacological limitations and its openendedness. 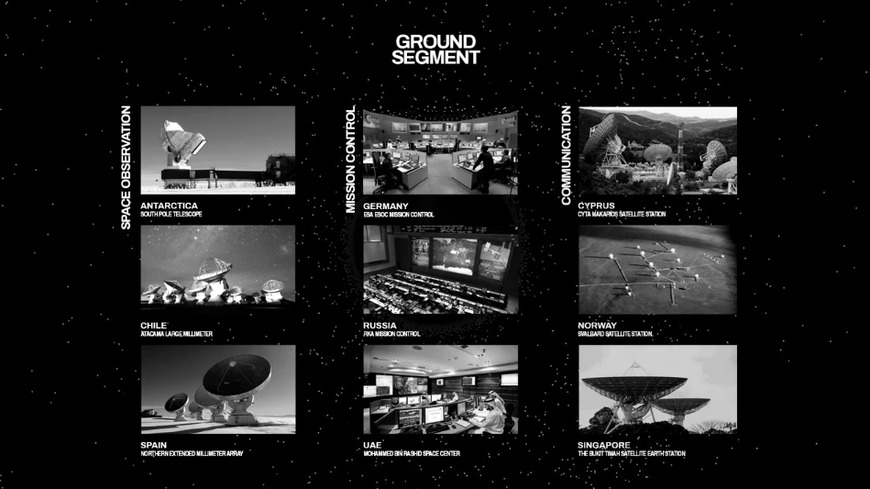 The term, planetarity, appears with Gayatri Spivak’s coinage at the end of the last century, but the condition to which it refers is several billions years in the making. That is, there is a political-philosophical planetarity and an astronomic planetarity, and while the two have different unfoldings, the implications of one for the other should inspire correspondence, less a conjoining than a mutual reinforcement. The interests of one should not be opposed to the other, and there is no viable political-philosophical planetarity that does not define itself through the disclosures of the astronomic understanding of what a planet is, where it goes, and how it comes to render itself, just as those ideas must inform the premises upon which that rendering species comprehends itself as an interior phenomenon of its planet, not a figure subtracted from it.

Both connotations depart decisively from the "global" as a static administrative curved plane, and do so on behalf of a deep and non-negotiable uncanniness. Both annihilate the pre-darwinian fantasies of self-transparent subjects bound only by immaterial signifiers; both undermine superstitions of place, horizon, and ground and do so on behalf an abyss of entanglement over time, one that sometimes, assembles itself into reasoning machines, such as ourselves. Unfortunately, the career of the term has taken a different winding path.

It has instead lead, on the one hand, to a propositional detechnologization and embrace of immediacy against what is sees as the commanding violence of planetary sensing, and on the other hand, a well-heeled daydream that the condition of a planet, even one instrumented to observe black holes, can be reduced to mere "supply" for equally immediate consumption without ramifications for how the next hundred, thousand or million years may plays out. Put differently, the association and conflation of the sole universal with an individuated european subjectivity, as its place of original emergence, corresponds with global history but not with the planetary conditions on which it depends, nor with its future.

But at the same time, the planet did not appear suddenly as a world picture, or suddenly in visual culture, rather the particular world of a particular beings was able to construct an exterior image that, finally, could present represent a planetary condition from which that being and that world emerged. It was there all along. Geophilosophy must be geophysical in attitude, so that astronomy might allowed to become a cognitive science: that is, how to think and know through a planetary condition, and, also, how a planet itself comes to know —a double whammy.

At stake for us is the force where for others an ontology would go. For reasons just now clarified, that sort of "grounding" is for us less interesting that the gravity itself, and that is because it is not certain what the geophilosohpical and geopolitical implications of astronomic disenchantment are and will be. They are no more direct for our time they were for the decades and decades after copernicus that lead where they did. While we insist on the resistance of real, against those who would reduce the human to merely an effect of language or discourse, we recognize just how indifferent the real really is.