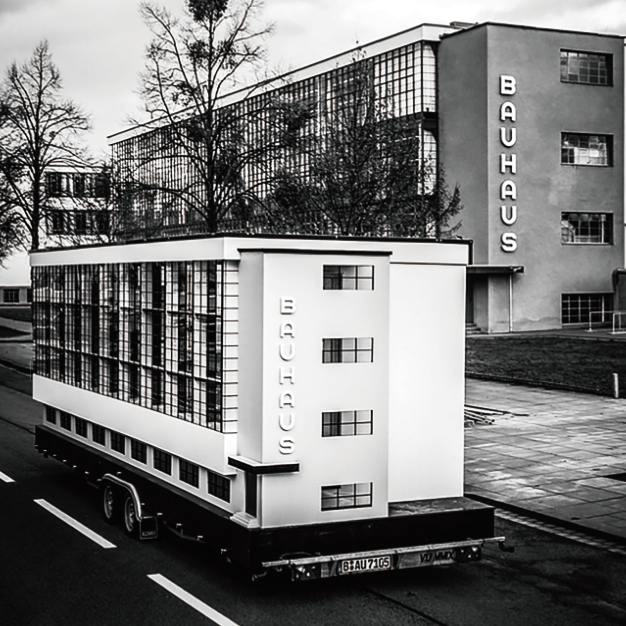 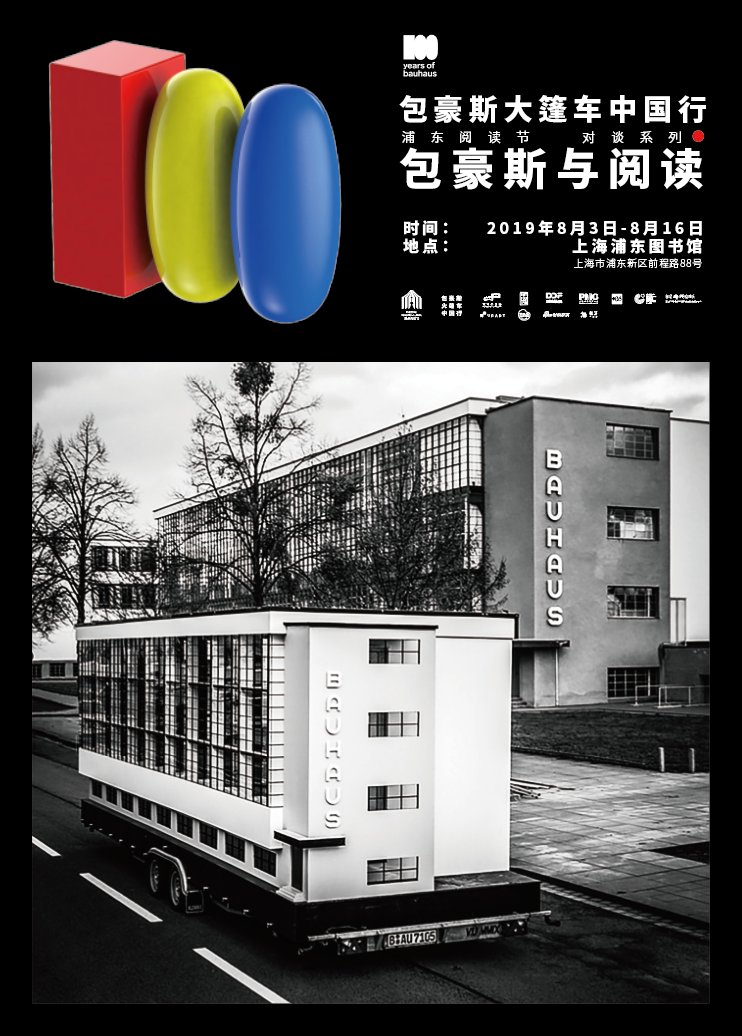 At the 100th anniversary of the birth of Bauhaus Academy, the world's first modern design school, in order to sort out the development and achievements of New China's design, to spread the world's thinking and speculation from China on modern design, education and future life, Tiny, Germany Foundation, Beijing Guanghua Design and Development Foundation, Shanghai Pudong Library, Shanghai Pudong Media Group and +86 Design Sharing Platform jointly launched the fourth round of the Bauhaus Caravan China Tour, Bauhaus and Reading. The Bauhaus caravan Wohnmaschine was designed by the German architect Van Bo Le Mentzel and its exterior is engraved with the iconic Bauhaus Dessau school building, which is a glass curtain wall, stucco side and “Bauhaus” relief The font consists of a large bus in the shape of a moving building.

The Bauhaus caravan will be stationed in Shanghai Pudong Library from August 3 to August 16, 2019. As a part of the Bauhaus 100th Anniversary Year #Bauhaus 100# and the Shanghai Pudong Reading Festival special content section, including: Bauhaus Mini Library, Bauhaus and Reading Opening Forum, Bauhaus Round Table Salon The dialogue broadcast, the Bauhaus stage costume display and try-on, the Bauhaus two collector's edition film screening, and the Bauhaus parent-child workshop environmental protection clothing design show and other six highlights. The Bauhaus mini-library will present nearly 30 new books on the Bauhaus, which was commemorated by the German Library Information Center for 100 years. The main building of the Pudong Library and the Bauhaus caravan will invite guests from the heavy design field to conduct a series of interdisciplinary design thinking dialogues around the theme of “Bauhaus and Reading”. The tour was fully supported by the Cultural and Education Section of the German Consulate General in Shanghai and the German Library Information Center on the contents of the Bauhaus core exhibition. Part of the activities of the Pudong Library was supported by the Stone Soup “I +1” Public Book Drifting Program and the UNArt Center. 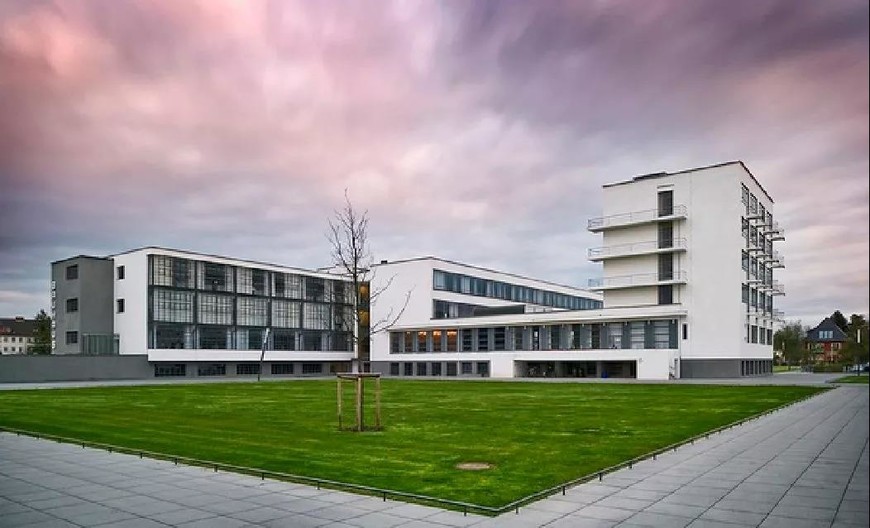 Born in 1919 in Weimar, Germany, Bauhaus Academy is the most influential and controversial art school of the 20th century. The famous architect and designer Walter Gropius is holding the ideal of rejuvenating the nation's art and design, in Weimar, Germany. Created a design school and created the word Bauhaus, named after it.

Bauhaus left the world with two legacy: a complete modern art design education system, and a social ideal designed for the public, as the center of utopian thought and spirit at that time, Bauhaus's rich idealism and communism The sentimental influence affects the whole world.

In fact, there is no such thing as the Bauhaus style. The Bauhaus character is presented by the people who teach Bauhaus. These include outstanding modern artists such as Kandinsky and Paul Klee.

Bauhaus's thinking is to constantly reshape the relationship between art and industrial design, blur the boundaries of art, crafts and architecture, emphasize the observation of materials, and combine form and function as a whole, trying to explore the new unity of art and technology. It has revolutionized the art form in various fields. For centuries, it has inspired artists/designers around the world to realize the common ideals designed for the public. 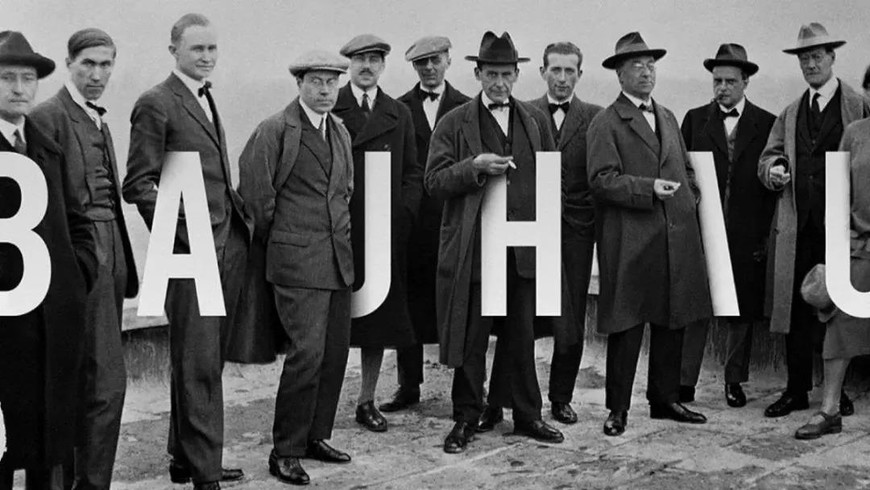 These concepts have led to the modern design gradually moving from idealism to realism, breaking the outdated concept of “pure art” and “practical art”, and then proposing a new educational ideal of “collective creation”. Completing the bridging work between the “art” and “industrial” gaps, bringing new unity in art and technology, developing a modern design style, and indicating the right direction for modern design.

In the early 20th century, Bauhaus took root in the hearts of the first Chinese young artists studying abroad.

In the 1930s, the older generation of artists and design educators represented by Pang Xunyi, Lei Guiyuan, Zheng Ke, Li Youxing, Zhu Danian and Shen Fuwen traveled to Europe and Japan early, and Pang Xunqiu created the first in China. The School of Design, which is a full-fledged design school of Bauhaus, was later merged into the Academy of Fine Arts of Tsinghua University.

In the early 1940s, Bauhaus founder Gropius was invited to establish the Department of Architectural Engineering (now Tongji University School of Architecture and Urban Planning) at St. John's University in Shanghai at Harvard's first Chinese graduate young architect Huang Zuozhen. It is the earliest and most complete contact between Bauhaus and China.

In the late 1940s, when Mr. Liang Sicheng taught in the Department of Architecture of Tsinghua University, he also adopted the "Bauhaus" education concept and teaching materials brought back from the United States. At the same time, he hired a master of woodwork to teach students carpentry skills in the woodworking room, so that "Bauhaus" was China began to spread.

In China, if Bauhaus has only indirect effects on product and graphic design, then Bauhaus’s influence is more direct in terms of architecture. In Shanghai, in 1954, Wenyuan Building was completed as the teaching building of the Department of Architecture of Tongji University. China ushered in the first true Bauhaus style building. In Beijing, in 1957, China's first large-scale integrated electronic component North China Radio Equipment 718 Joint Factory (now the 798 Art District) was built, which is the most prestigious Bauhaus building in China today. However, at that time, China’s industrial development was backward, and Bauhaus failed to develop rapidly in China.

In the 1950s and 1970s, these ideas and theories were regarded as Western capitalism and criticized. The influence of Bauhaus has also gradually faded. It was not until the end of the 1970s that the Bauhaus concept was accepted and applied in the field of Chinese design art.

In the early 1980s, a group of university teachers went abroad to study industrial design, including: Mr. Liu Guanzhong and Mr. Wang Mingzhi from the Academy of Fine Arts of Tsinghua University, and Mr. Zhang Fuchang and Ms. Wu Jingfang from the former Wuxi Institute of Light Industry (now Jiangnan University). They have set off a wave of modern design education in China across the country and played an important role in the development of China's arts and crafts, architectural design and industrial design industry. 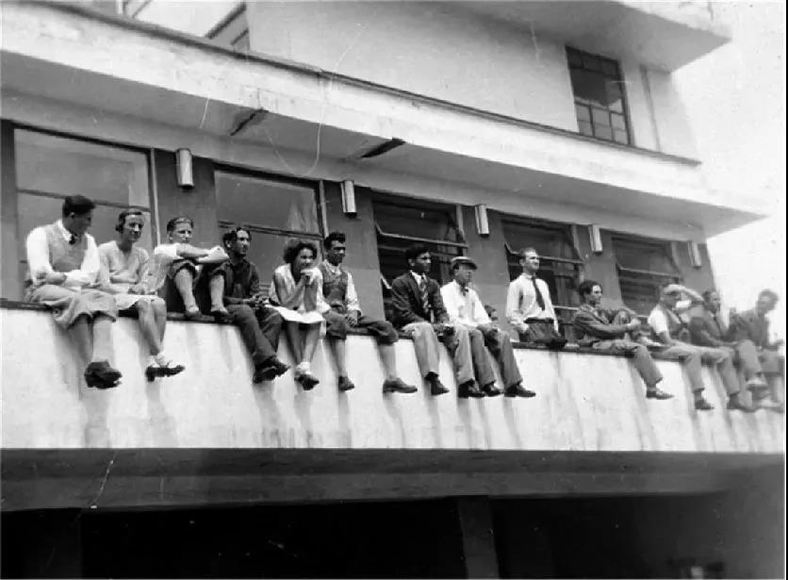 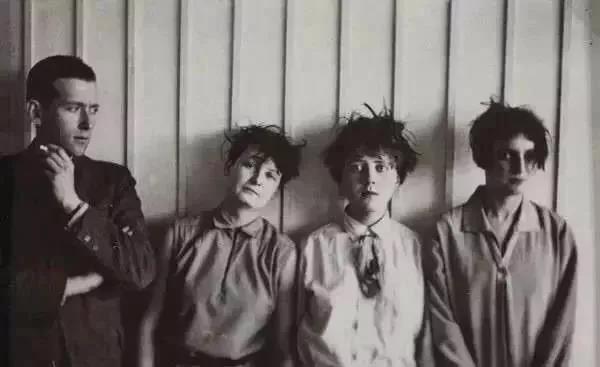 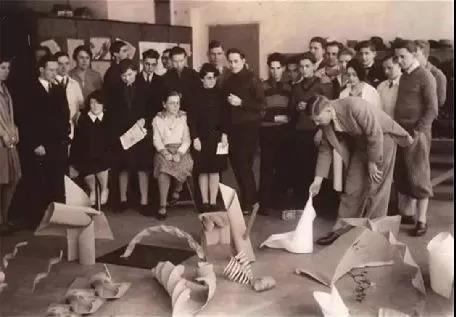 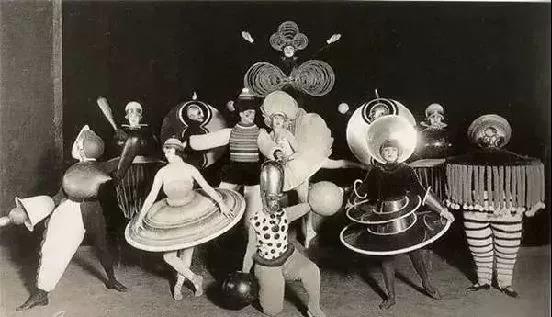 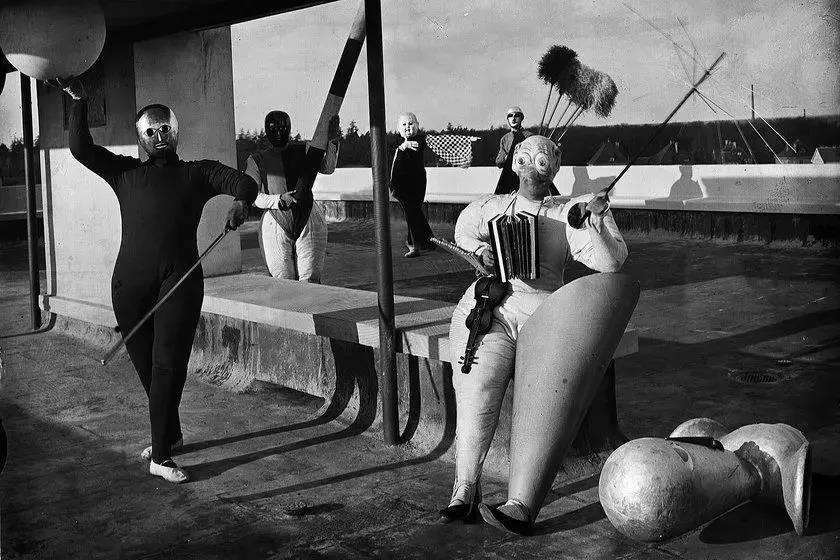 The 15-square-meter bus "Wohnmaschine", based on the Bauhaus School of Design, is part of the SPINNING TRIANGLES project of SAVVY Contemporary, a contemporary art institution in Berlin, curated by Elsa Westreicher and designed by Berlin architect Van Bo Le-Mentzel.

Wohnmaschine held a series of seminars and workshops in four cities in Dessau, Berlin, Kinshasa and Hong Kong. The purpose of the workshop was to pay tribute to Bauhaus design education while absorbing the influence of the mainstream, and opposing the teaching of design theory and practice. The inherent power structure dominated by Western countries and the unfair attitude centered on Europe. Invite the public to participate in the discussion of the relationship between neocolonialism and modern design and implement it in design practice, theory and teaching. Reshape a more global design concept and a global interpretation! 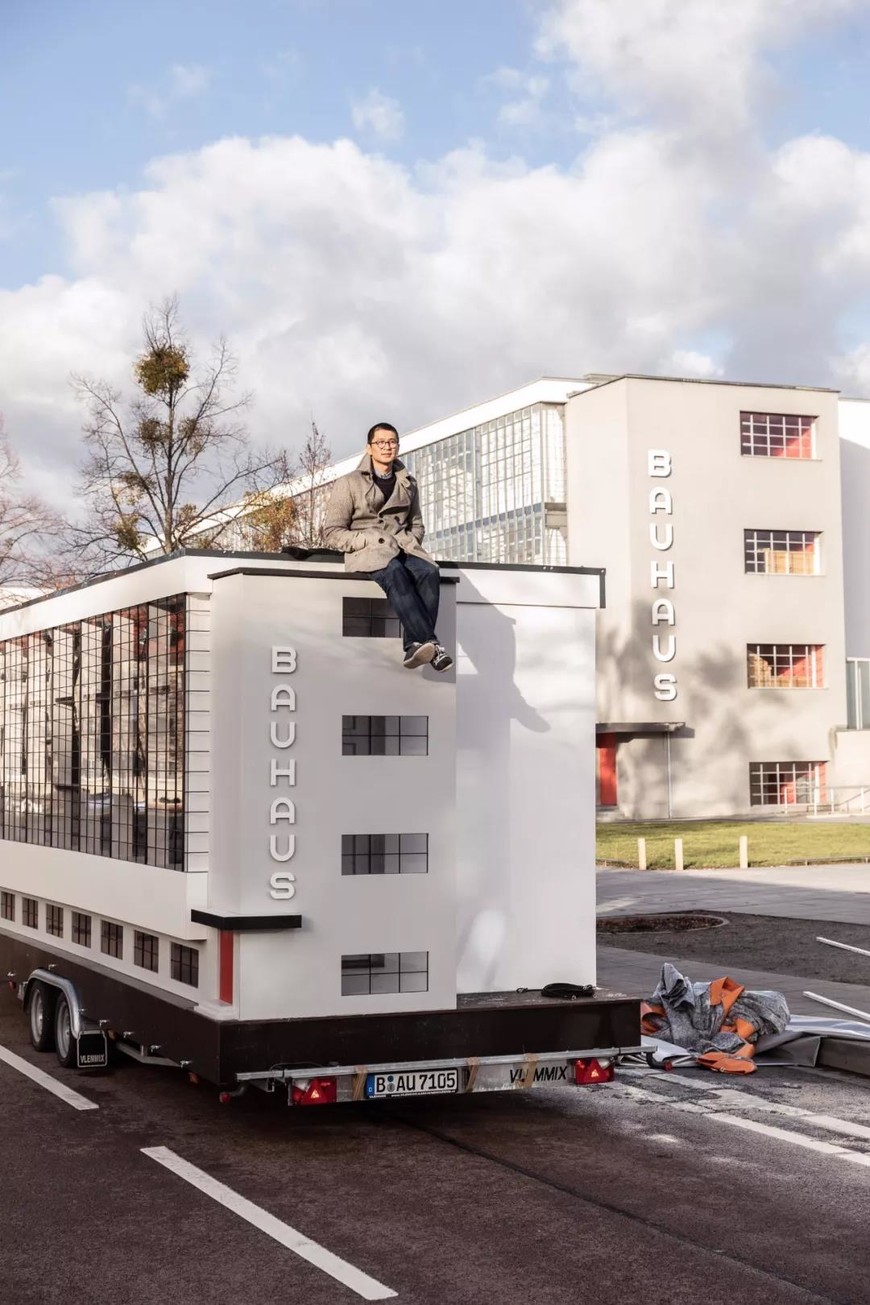 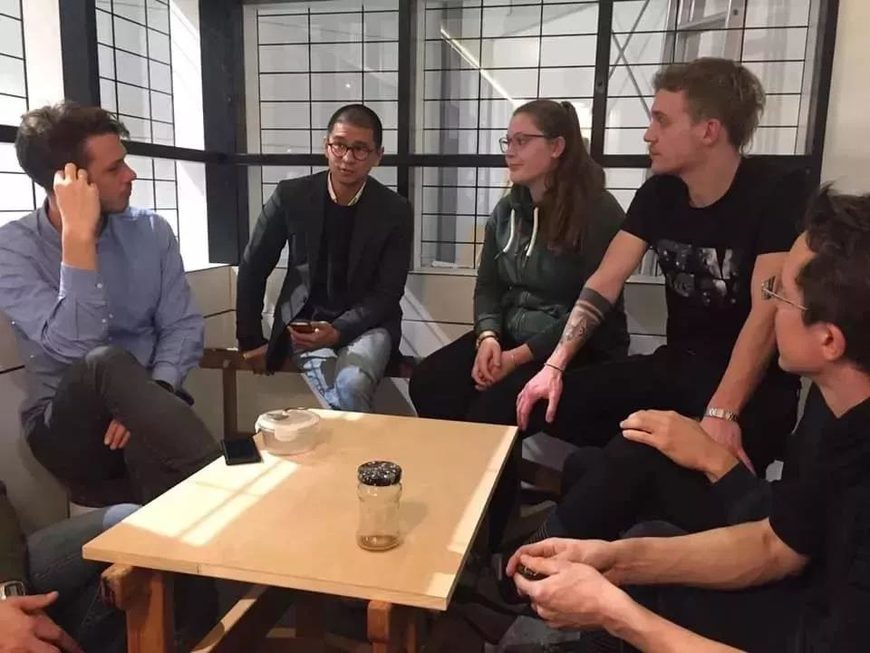 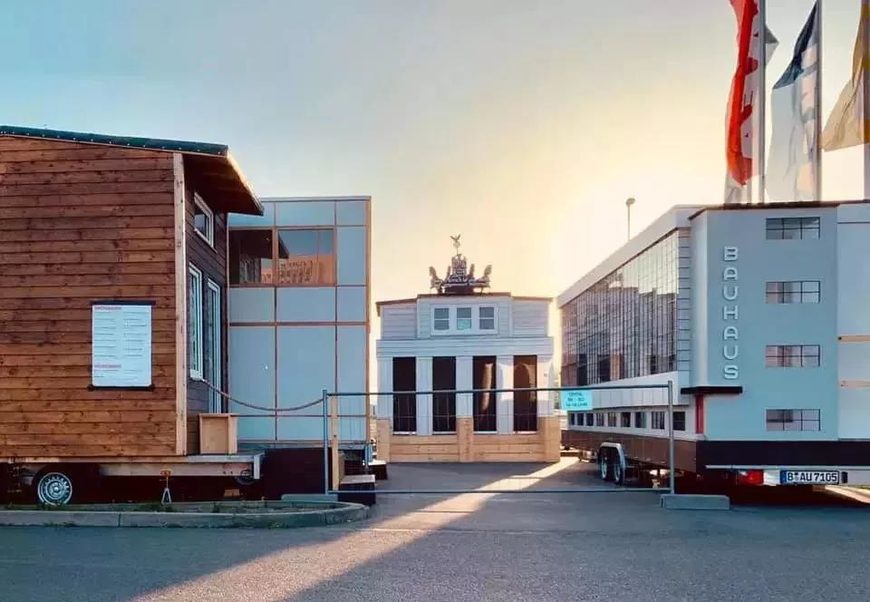 Chinese artists and designers have been entangled in business and technology. How to deal with the relationship between art and science and reinvigorate the spirit of design to serve the people? 100 years ago, the German Manufacturing Union opened a caravan to the factory and the city for two years. It was a big discussion on how to face the arrival of the industrial society. At that time, the sage masters of the Bauhaus school all predicted the modern society and industrialization. Achieved. Today, 100 years later, the ability to face artificial intelligence, blockchain, and man-made objects far exceeds 100 years ago, and even a machine brain that transcends human intelligence, how will the future of mankind develop? A Bauhaus caravan is on a global tour. Many famous scholars and designers will board the Bauhaus caravan and hold a dialogue around the Bauhaus and the next hundred years to discuss Bauhaus’s art and The relationship of science and the future of human ecology. Through the collision of ideas, facing the public, breaking the walls of the university, building an open new school of design, spreading the ideas and values of design, triggering social discussion and enlightening the minds of society. 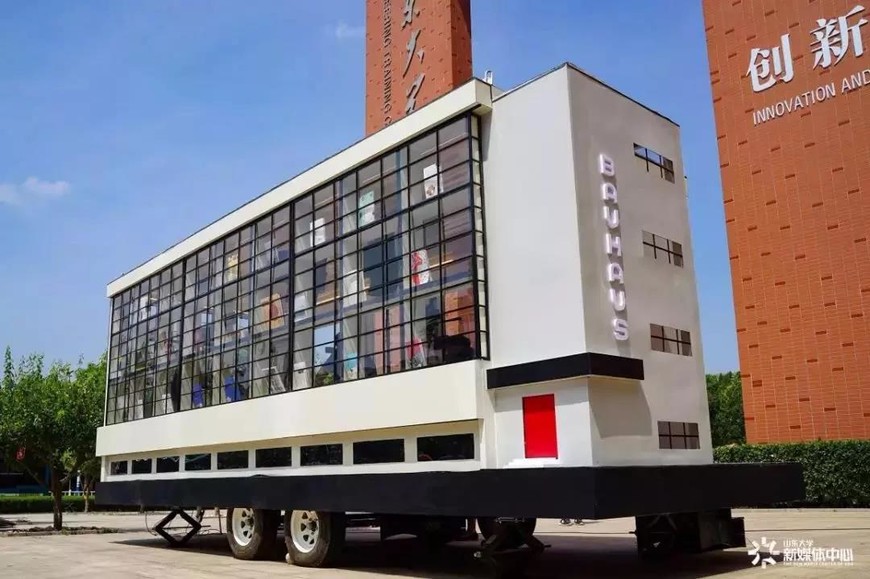 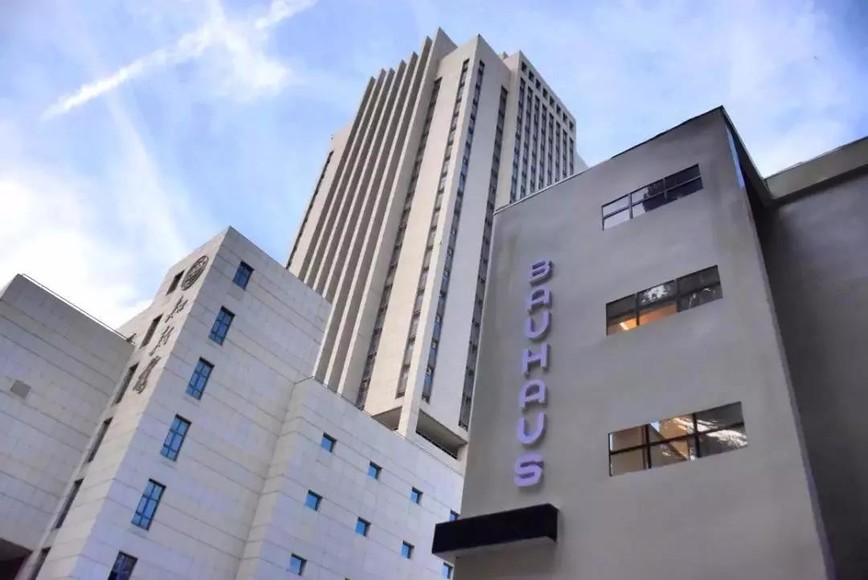 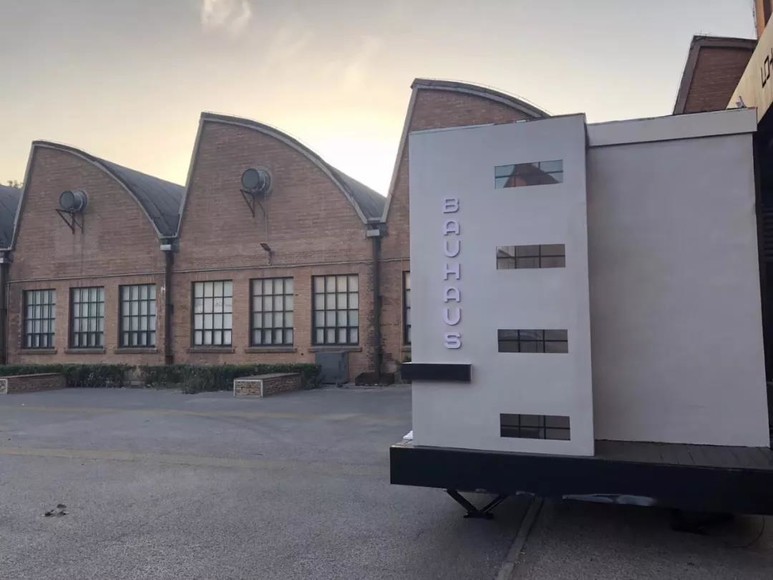 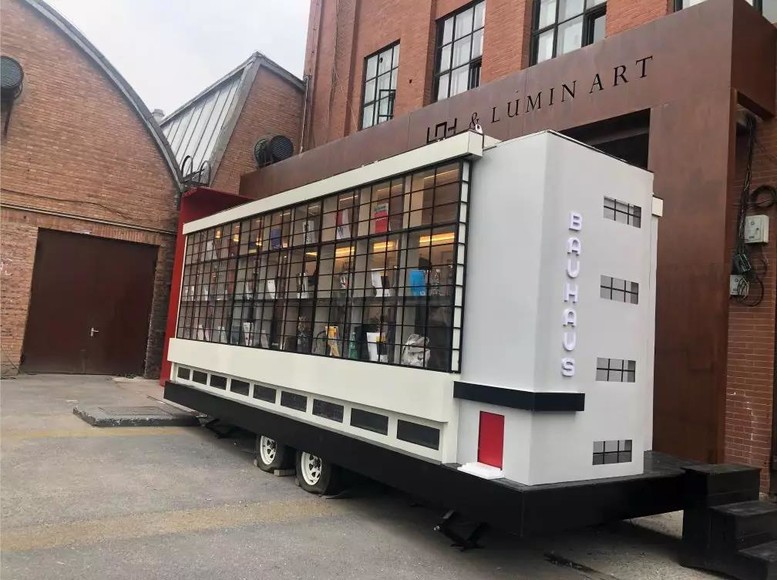 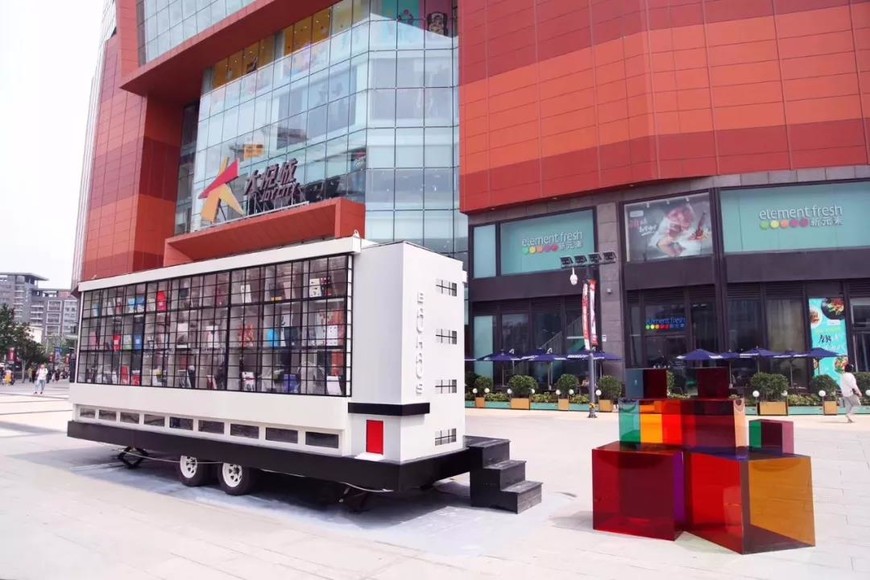 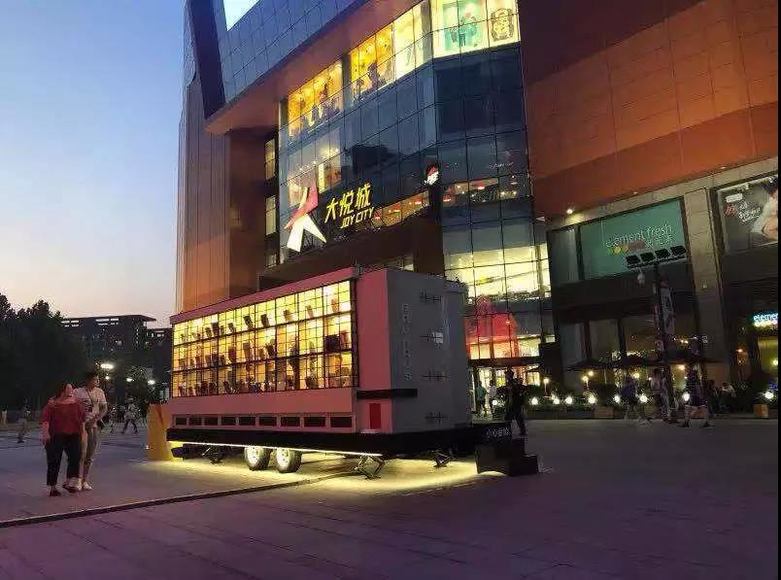