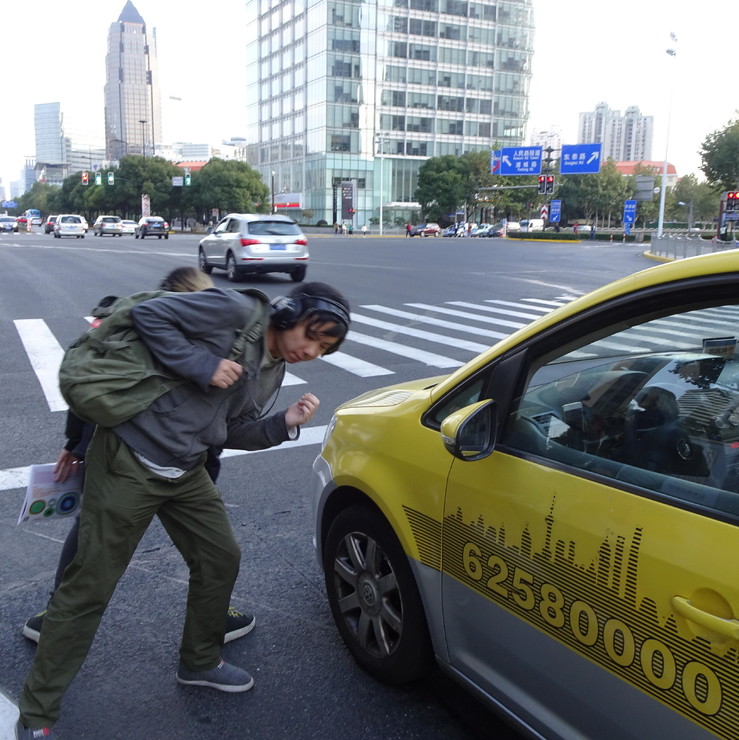 UNArt Center is pleased to announce “Electrical Walks” by first generation sound artist Christina Kubisch from Berlin, Germany. This is the first time the work will be experienced in mainland China. The exhibition will be hosted by UNArt Center from November 9th to December 9th, 2018 with the support of the Department for Culture and Education of the German Consulate General in Shanghai. 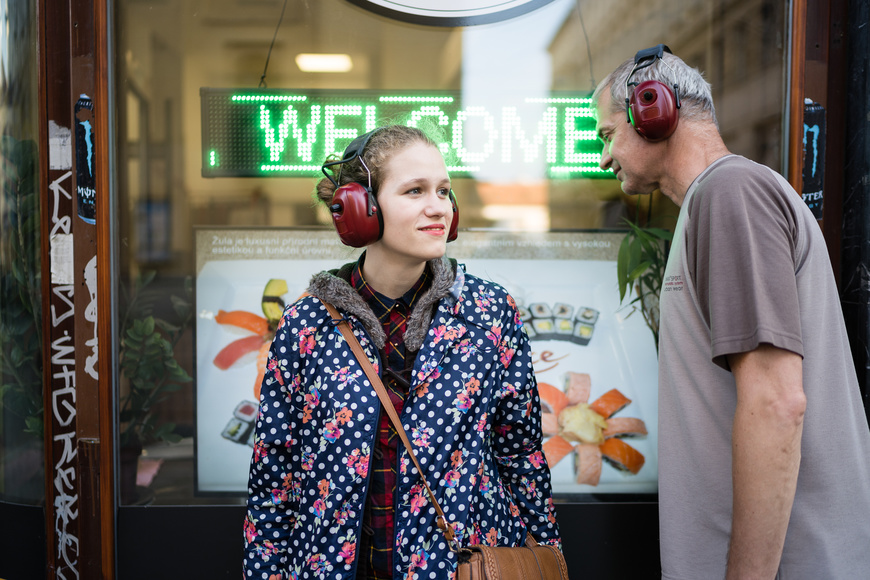 In the 1970’s, Kubisch began to transform basic technology into a medium for art creation, and produced series of works including performances, installations and sculptures using electromagnetic induction. Her inquiry into sound is based on the desire to hear the sounds of an unknown world. In 2003, she started tracking the electromagnetic fields of urban environments through city walks. Kubisch created a new series that takes place in public spaces – "Electrical Walks" which premiered in Cologne, Germany in 2004. The project is ongoing and has reached cities worldwide, with Shanghai being the 73rd edition.

On November 9th, at 19:00, the artist will hold a lecture at the exhibition hall of Shanghai Tower to introduce her multifaceted art practice. Co-curator Nooshfar Afnan will introduce the artist.

Between November 10th and 11th, individuals will have the opportunity to be personally guided by the artist to experience “Electrical Walks” and explore the hidden sounds of the Shanghai Pudong area. On both days, the first walk will commence at 11:00 and the second at 14:00. The walk will take one hour and is limited to 10 people.

During the period of November 12th to December 9th 2018, interested individuals can experience "Electrical Walks” on their own. To sign up for participation in any of the “Electrical Walks”, please make a reservation through the UNArt Center’s official WeChat account (UNArt2017). Participation is free.

Have you ever considered that there are a multitude of sounds in our urban environment, which cannot be perceived by the naked ear? What are the ubiquitous noises and rhythms present in a city that we don’t even notice? “Electrical Walks”, a work conceived by German artist Christina Kubisch, is an investigation of hidden sounds that abound in our modern cities. Shanghai with its deep historic roots and its current status as a cosmopolitan metropolis, provides an ideal backdrop to experience Kubisch’s “Electrical Walks”. Some sounds are universal and can be found in most urban spaces. However, “every city has their own individual sounds”, the artist explains. In “Electrical Walks” the artist uses custom-made wireless headphones to investigate the noises and rhythms unique to Shanghai and contrast them with those present in most modern cities. She further maps out a route for her audience to follow and experience this same richness of sounds.

In cooperation with German Consulate General in Shanghai, UNArt Center will launch “Electrical Walks” during the Shanghai Biennale and for the first-time in Mainland China. The artist has mapped out a route in order to explore areas of particular acoustic interest of Shanghai Pudong. The UNArt Center, a remodeled cinema popular in the 1950s and 60s, is a particularly fitting starting point and center for this sensory experience.

At the end of the 70s Kubisch started her work on permanent sound installations. She discovered small telephone amplifiers, which she transformed and used in her sound installations for electromagnetic fields. She then found large headphones that were able to contain her equipment. In the 90s she noticed a lot of disturbances in her headphones and upon further investigation learnt that there was a marked increase in electromagnetic waves due to new technologies and digital developments. This was the starting point in 2004 for “Electrical Walks” an investigation into the hidden sounds of the city.

“Electrical Walks” is a work in progress and the artist has designed many routes and guided scores of participants in more than 70 cities around the world, such as Berlin, London, New York, San Francisco, Mexico City, Vienna, Hong Kong, and Bangkok. In 2017 “Electrical Walks” was also invited to be part of documenta 14 in Athens. “Electrical Walks” Shanghai is number seventy-three in this ongoing project. Shanghai’s Pudong district offers a stark contrast between the quiet low-rise residential neighborhoods surrounding the UNArt Center, and the adjoining bustling financial hub of the city with its renowned skyscrapers such as the Oriental Pearl Tower and the Jin Mao Tower. This provides the environment for a rich and varied sound experience for this project.

Although these sounds are omnipresent, we cannot perceive them without the aid of a specific tool – a set of wireless headphones provided to each audience member. Kubisch tells us that, “Every current in an electrical conductor—for example a wire or a cable—generates an electromagnetic field… The magnetic component of these fields is picked up by the sensor coils in the headphones. And, after amplification, these signals are made audible by the little speaker systems in the headphones.” In addition, participants are provided with a map to guide them to electromagnetic “hot spots” – fields where aboveground or underground waves are particularly interesting.

“Electrical Walks” allows us to experience our cities in new and different ways. Any electromagnetic field can be transformed into sound. For example, the electrical fields generated by ATMs, public transportation networks, security systems, advertising panels, and mobile phones offer us a multitude of sounds. Although these electromagnetic waves constantly surround us, we do not become aware of them unless we put on the custom-built headphones designed by the artist. The sounds we discover are at times barely perceptible, sometimes musical and rhythmic and at other times irregular, pulsating or extremely loud. Others are fleeting and short lived. Learning to navigate this previously unnoticed soundscape heightens our sensitivity and forces us to reevaluate our surroundings – an act that can be the first step toward greater mindfulness in other aspects of our lives.

Audience participation is an inherent part of “Electrical Walks”. In fact, the audience is put in charge of becoming the initiators and active agents of what they hear and experience. Kubisch wants her audience to “become a composer, a mixer within the installation.” With every slight turn of the head, one perceives a new and previously unheard or unnoticed sound. This means that every participant has a unique sound experience during the walk – as in life no two experiences are the same. Through “Electrical Walks” the audience steps out of the confines and limitations of a white cube and into the city – where art and life converge. 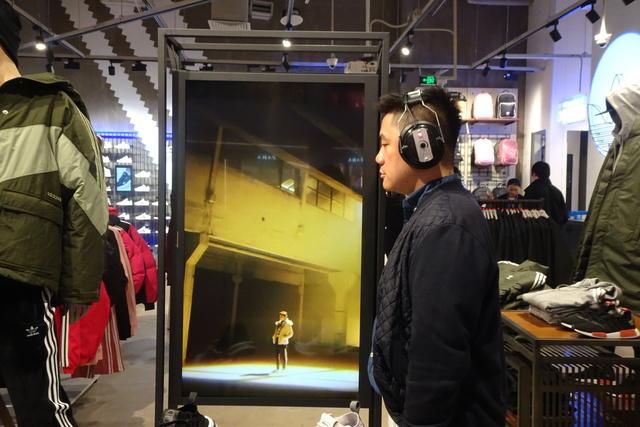 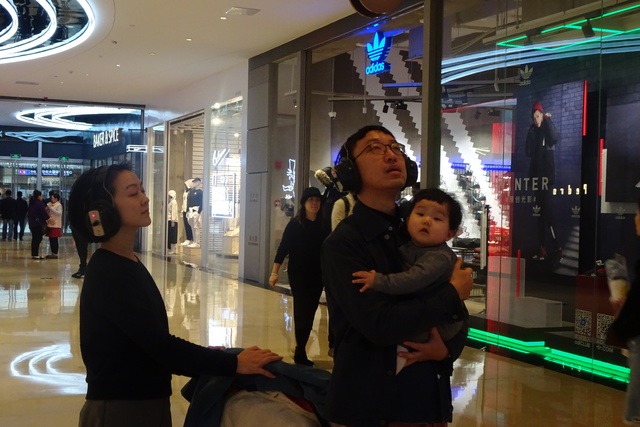 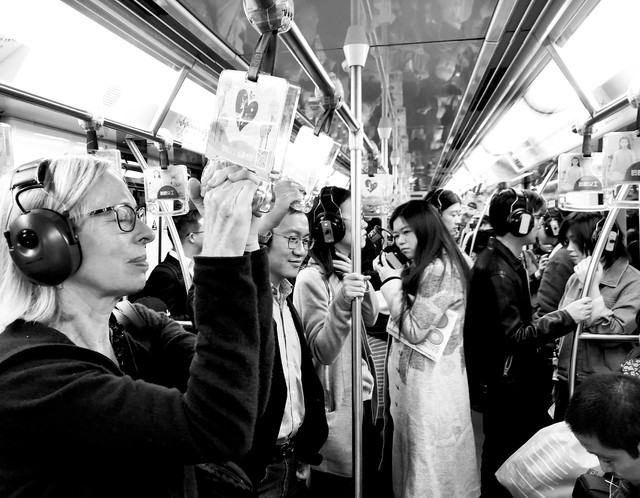 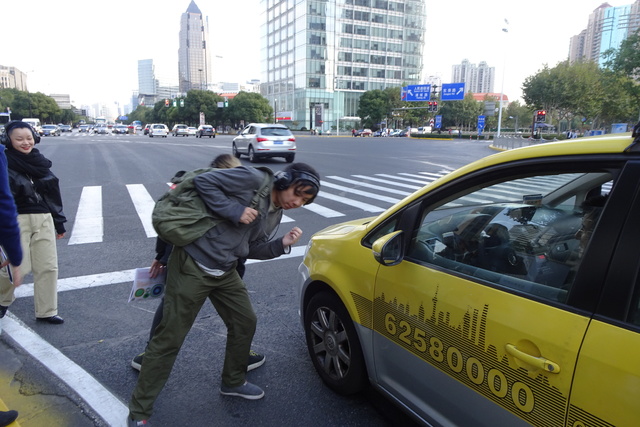