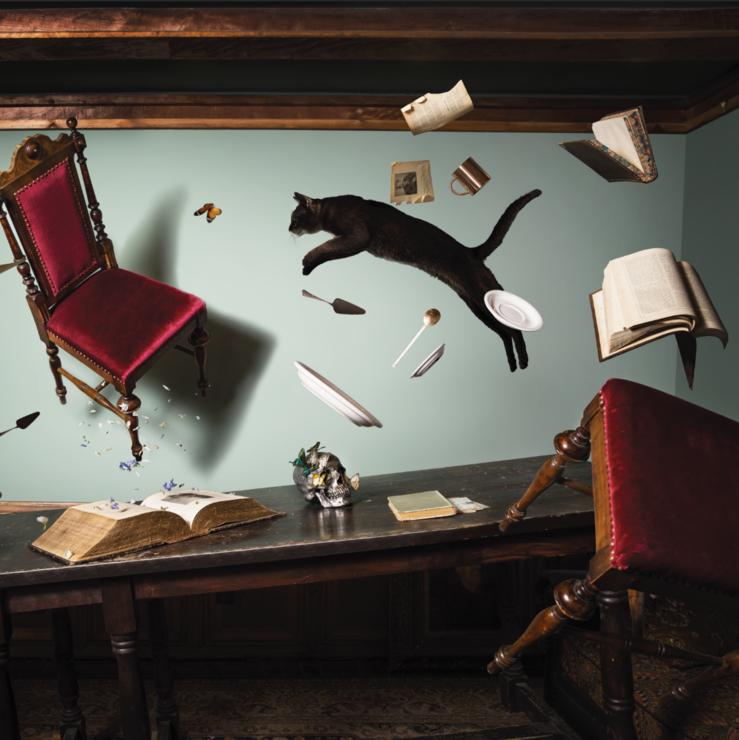 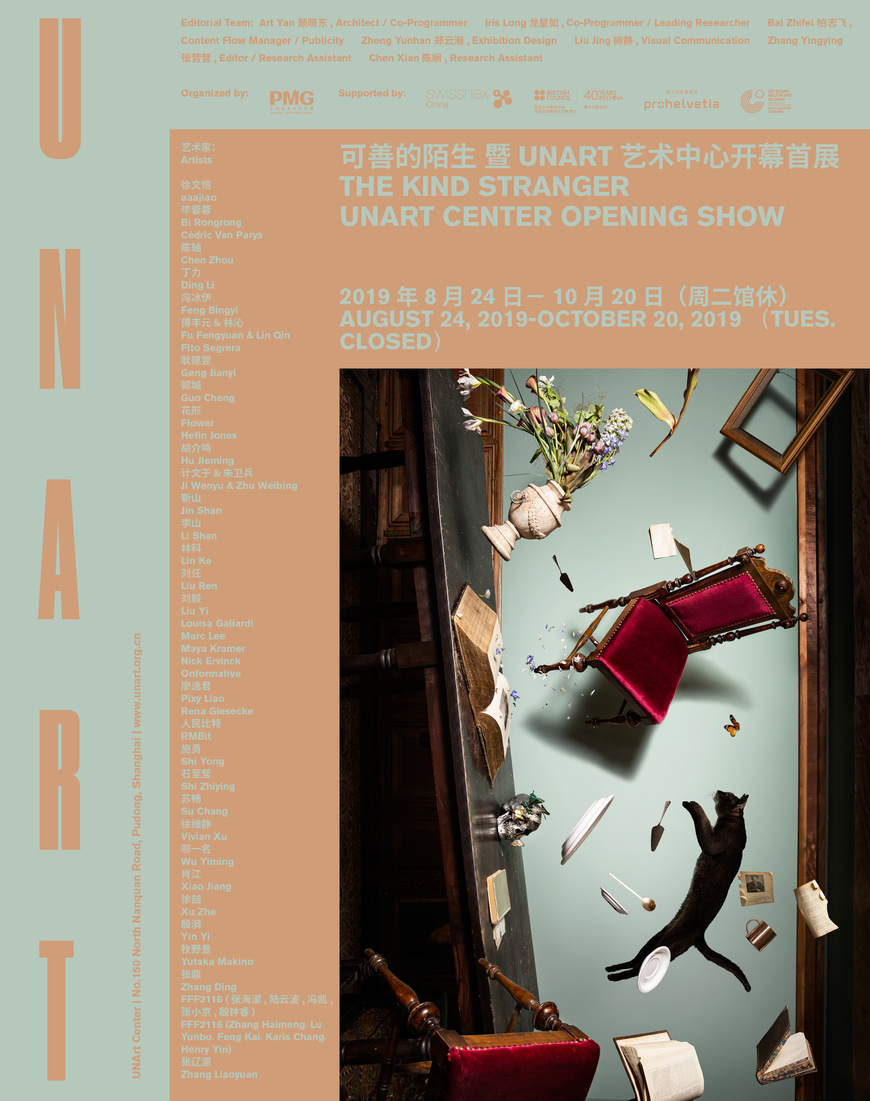 UNArt Center will present its opening show "The Kind Stranger " from August 23, 2019 to October 20, 2019. The Center is located in the former site of Dongchang Cinema, the first of its kind in Pudong. It is striving to become an international communication platform for technology, art and education.

44 works from 39 artists are exhibited in the show, covering different forms such as painting, installation, photography, video, performance, etc. Most of them are from or based in Shanghai, and all the works are made between 2008 and 2018.

Titled as "The Kind Stranger”, the show aims to reflect and to some degree respond to the new conditions and scenarios of contemporary human society

driven by the accelerating technological revolution. The entire exhibition is based on a fictional scenario: “The Kind Stranger”, as the protagonist of the story, is a character who lives “post-singularity”. The exhibition is reminiscent of an investigative scene in which the “private collections” of this “kind stranger”, whether in physical or digital forms, are uncovered. The site remains ambiguous in its temporal or spatial anchor, whilst inviting the audiences to locate, even orient the items, the text, the sound and vibe, even him/herself, as part of the story to enjoy a psychological retreat from the year 2019, and the city Shanghai

Humanistic concepts had played their roles alongside, or intertwined with the evolving progress of our technical environment. The so-called “humanistic” and “technological” were not to be considered separately, instead, as parties that co-exist and balance each other within a larger dynamic historical flow. Yet, we seem to have entered a historical episode in which discussions of technological acceleration and singularity are engendering new peripheries and balances of the two parties. Hence, the humanism coordinates need to be interrogated for us to still orient: can it go towards the same direction as before, or a radical transformation is on the horizon?

Some futurologists have put that the human society is reaching the very “end stage” of its existence. Be it a prophet or warning, we might need to reconsider, how we - both on the individual and collective level - can be prepared for the upcoming “new era”: the apocalyptical, the trans-human, or the age of Gaia in Latour’s terms. Would the “new era” be truly “new”?

The exhibition does not attempt to provide any solid answer for these interrogations, but as a cultural event, it may still tap on the situation that we’re all immersed in: a time of significant transitions, something we all have to go through. The exhibition touches on the discussion of “new cognitive capabilities”, as a positive response to this transitional time. 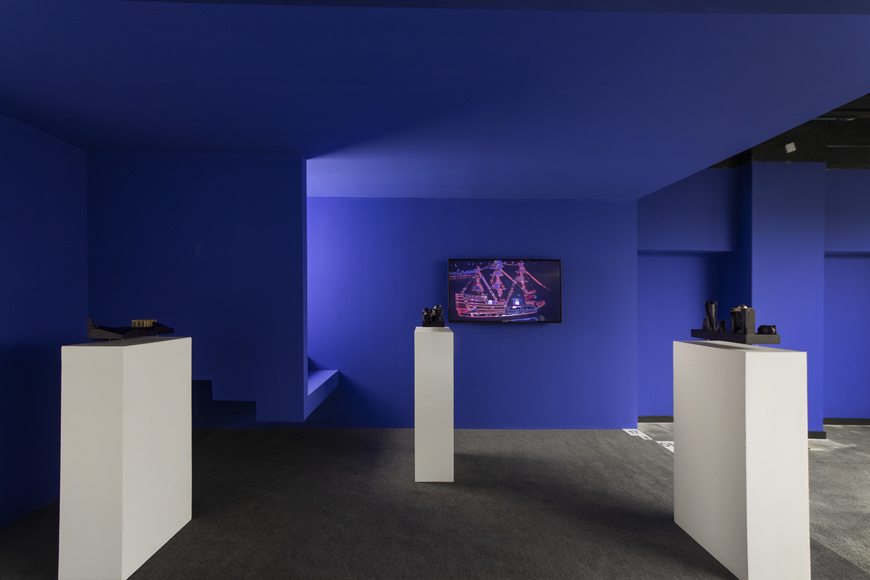 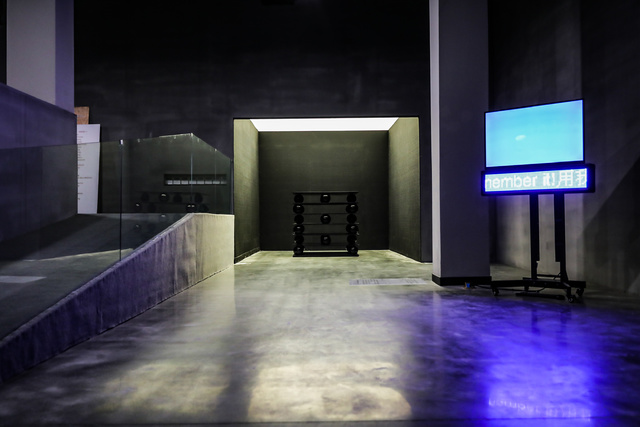 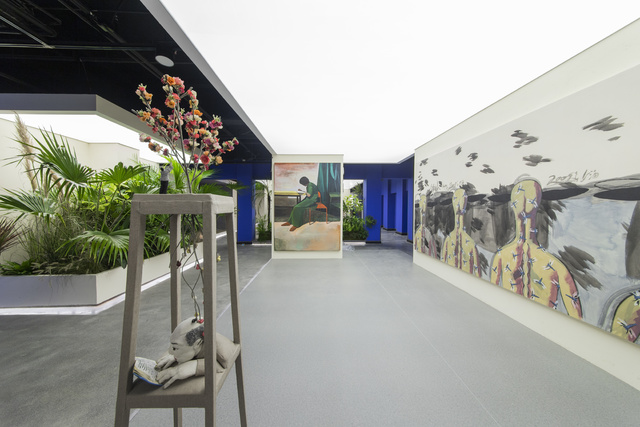 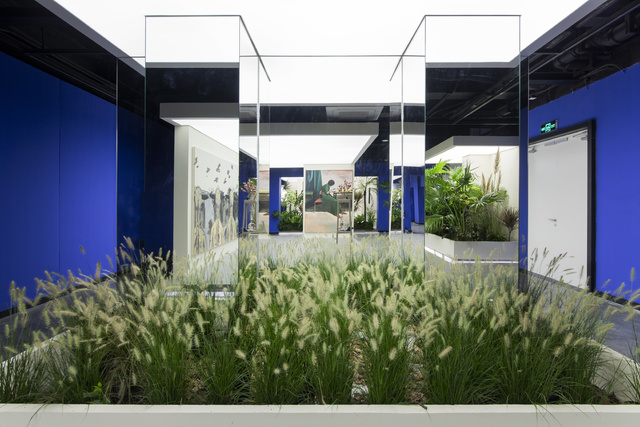 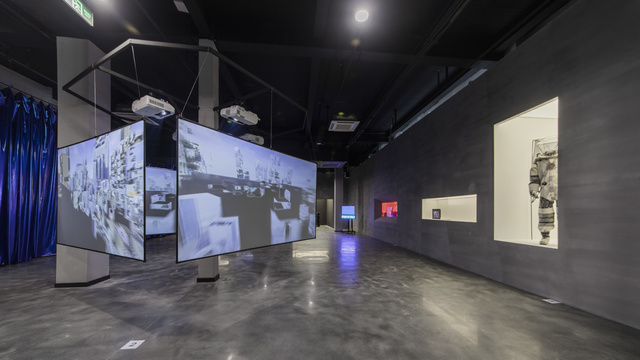 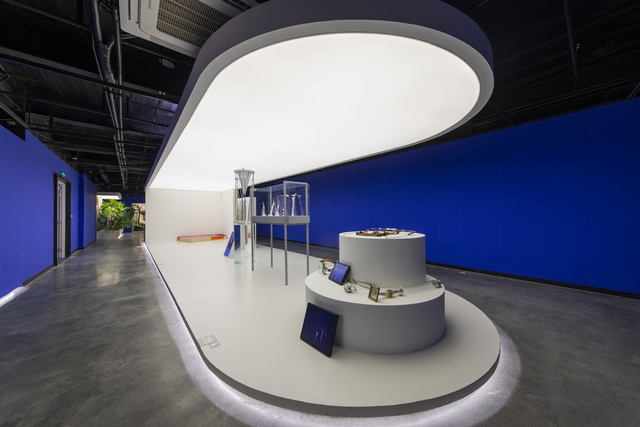