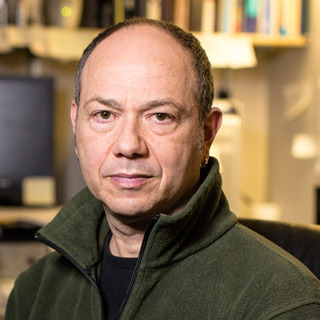 Eduardo Kac (b.1962) is internationally recognized for his telepresence and bio art. A pioneer of telecommunications art in the pre-Web '80s, Eduardo Kac (pronounced "Katz") emerged in the early '90s with his radical works combining telerobotics and living organisms. His visionary integration of robotics, biology and networking explores the fluidity of subject positions in the post-digital world.

At the dawn of the twenty-first century Kac opened a new direction for contemporary art with his "transgenic art"--first with a groundbreaking transgenic work entitled Genesis (1999), which included an "artist's gene" he invented, and then with his fluorescent rabbit called Alba (2000).

Kac has received many awards, including the Golden Nica Award, the most prestigious award in the field of media arts and the highest prize awarded by Ars Electronica. He lectures and publishes worldwide. His work is documented at <www.ekac.org>.